During the week when on Wednesday the Fed cut its headline interest rate by 0.25% gold and silver had some big moves. It was the first interest rate reduction in eleven years. Gold traded in a $48 range yesterday following Wednesday’s cut, and silver endured some vicious profit-taking. From last Friday’s close, in mid-morning European trade gold was up $24 at $1437, and silver was down 25 cents at $16.14. 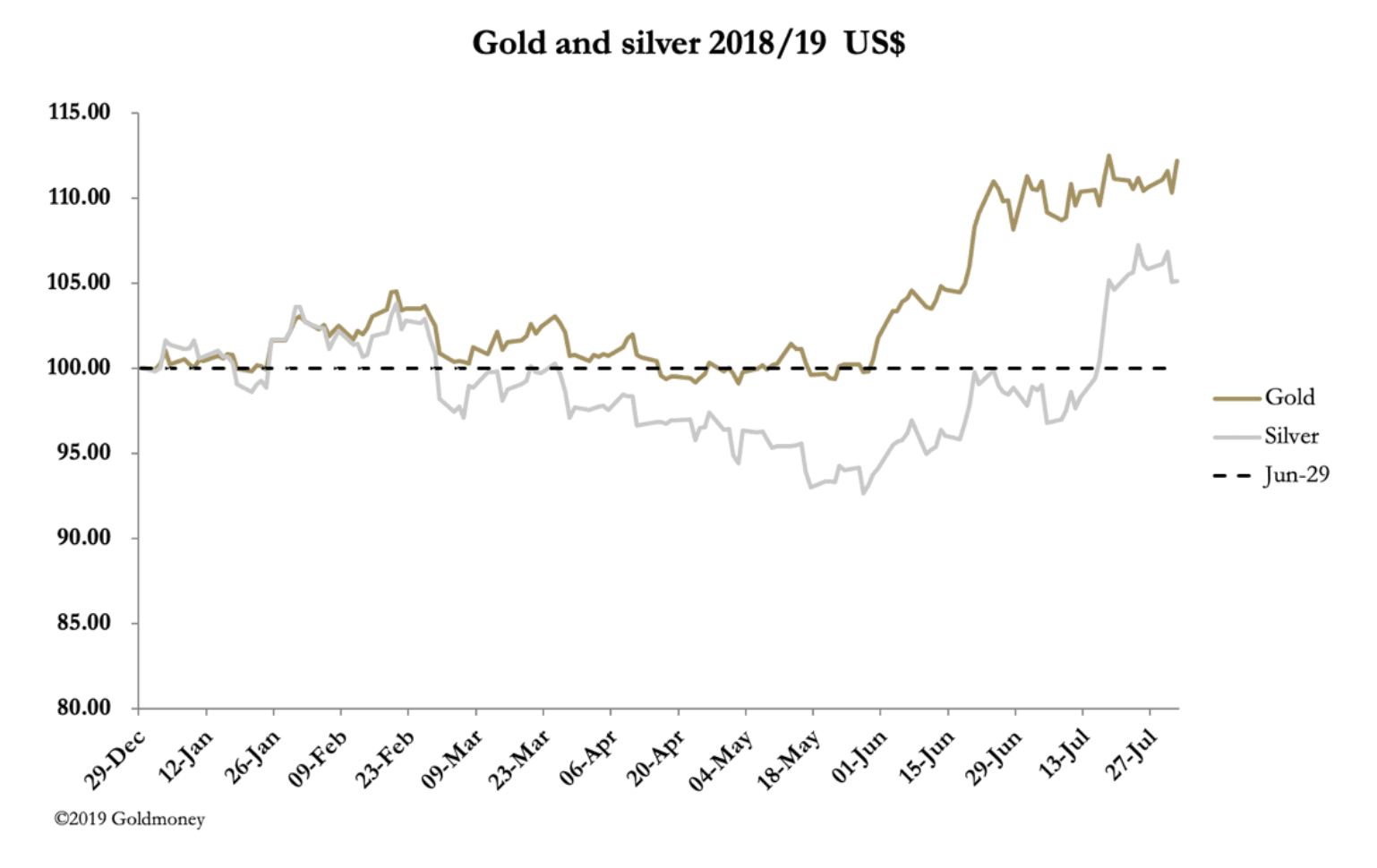 Jay Powell got a bad press for his ambivalent statement following the cut. President Trump was angry, wanting more. Perma-bulls on Wall Street were disappointed, because stock prices fell. Gold also fell, testing the $1400 level, before rapidly rising to $1448. It transpired the reason behind gold’s rise was that having criticised Powell, President Trump upset the applecart by announcing a new round of 10% tariffs on $300bn of Chinese imports following difficulties in the current round of trade talks. The pot was calling the kettle black.

Clearly, the Fed has a problem. It knows what it calls the business cycle is on the turn (its cause is a credit cycle created by the Fed – but no matter). The Fed does not want to risk undermining economic confidence by appearing to expect a recession. In its garden, everything must be rosy.

Meanwhile, those of us in the real world see Germany’s production collapsing, leading to a soaring dollar trade-weighted index, due to its heavy euro weighting. And the message that trade tariffs pose a substantial threat to the world economy is beginning to filter through into capital markets, even if it is not yet on Trump’s radar.

It explains why every time the gold price dips towards support it appears to be aggressively bought. It is increasingly obvious that the outlook for the global economy is deteriorating rapidly, which will trigger an extra round of monetary inflation and deeper negative rates in the coming years. It is only a matter of time, the bulls argue, before gold goes significantly higher. 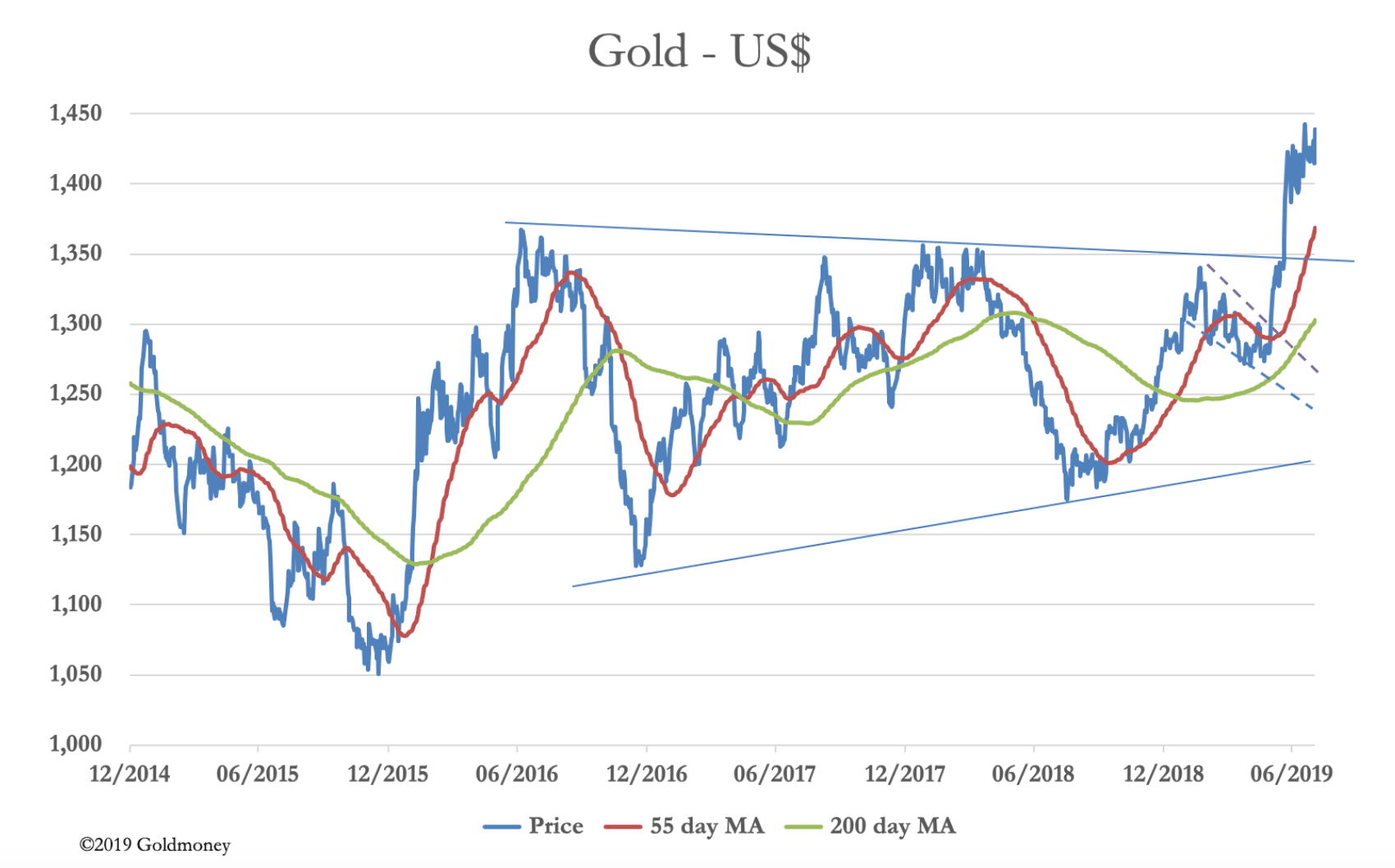 The underlying bullish momentum is obvious. The running correction of the last five weeks is tilted firmly upwards, showing a gold price trying to escape the confines of gravity. Furthermore, it is barely owned by investors, who are still overweight in equities, so we can see who will buy gold on rising prices.

The strong dollar understates the performance of gold in other major currencies, as our next chart shows. 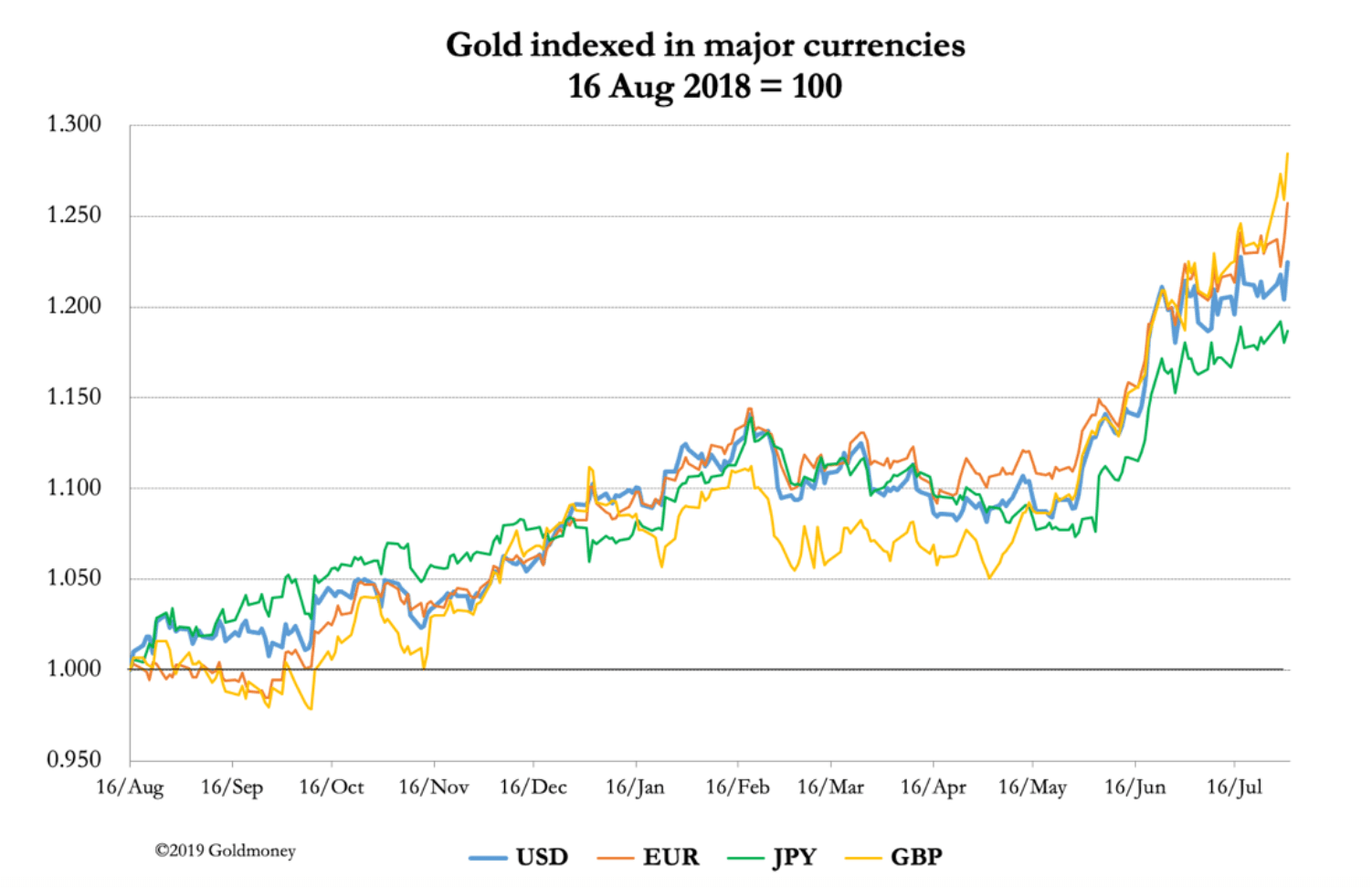 Gold’s performance in sterling since the dollar price bottomed at $1050 in December 2015 has been remarkable, up over 68%. Gold has offered better protection against a falling pound than any other currency hedge against the uncertainties of Brexit. This is shown in our last chart. 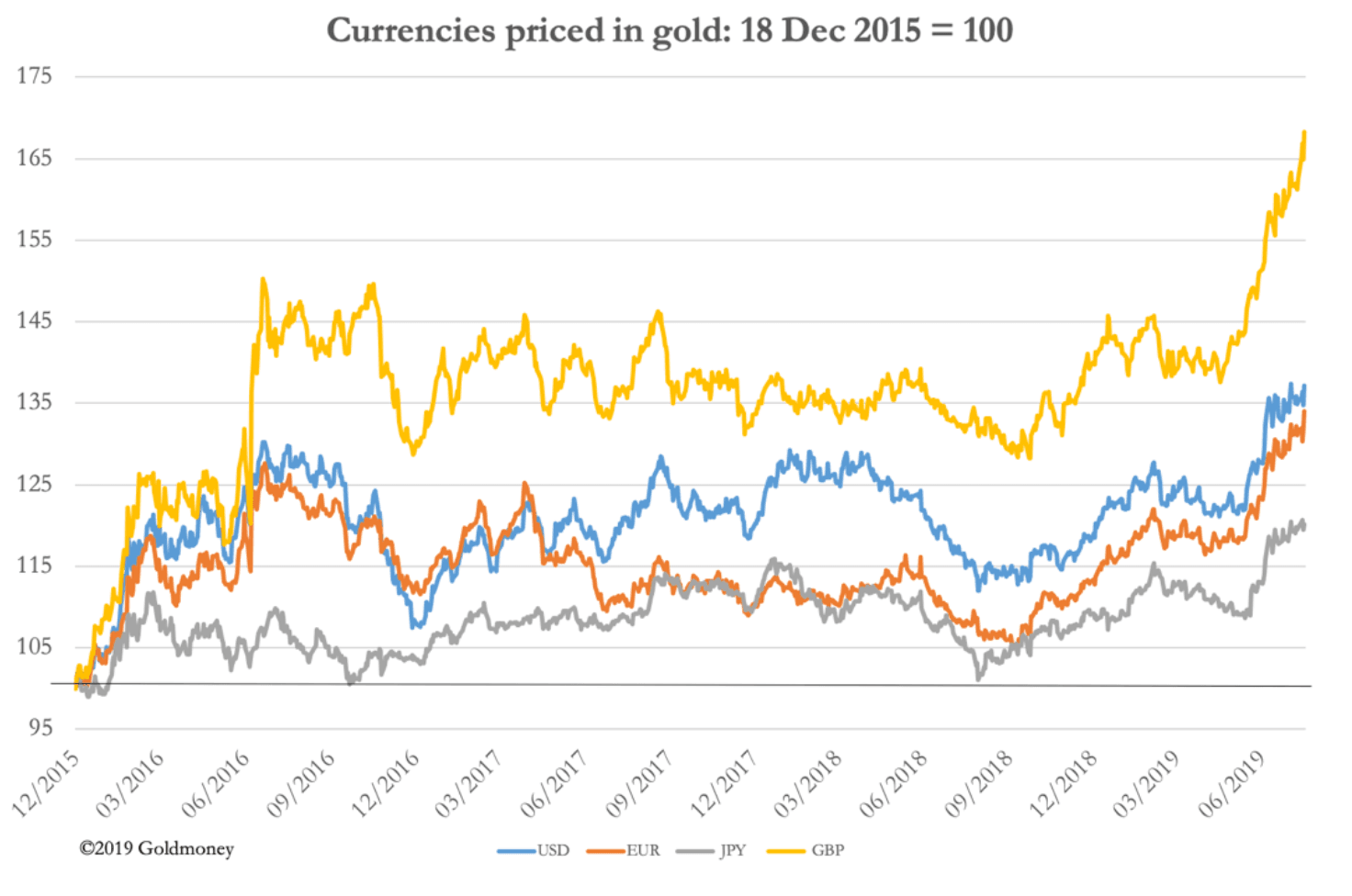