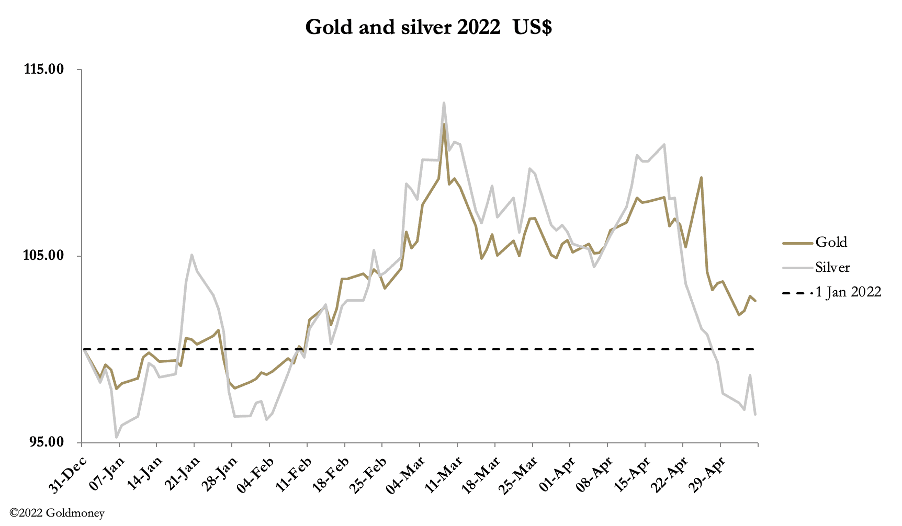 In a general flight into the US dollar, this week the yen, euro, and pound weakened while the dollar strengthened. Accordingly, the hedge funds on Comex were selling gold and silver to buy the dollar. And in European trading this morning, gold was at $1881, down $14 from last Friday’s close, and silver was at $22.46, down 55 cents on the same timescale.

Our next chart shows the dollar’s trade weighted index, which has continued to be strong. 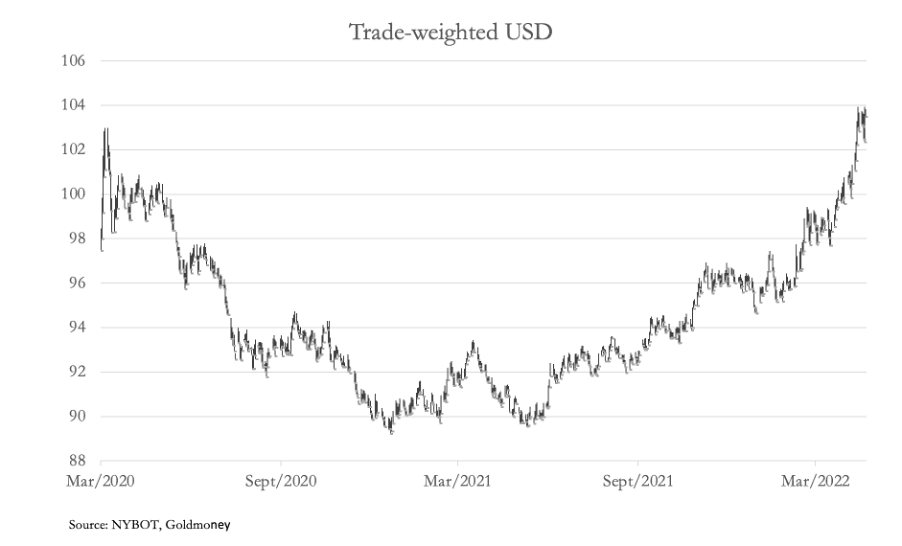 But in these conditions that favour the dollar, the Swaps on Comex which are mostly bullion bank traders still haven’t managed to reduce Open Interest sufficiently. 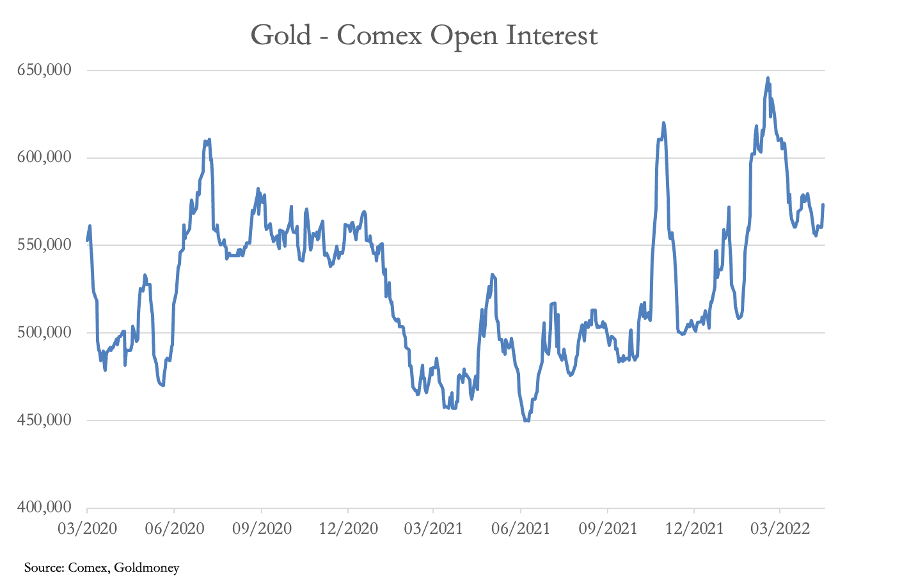 If anything, the resilience at the 550,000 contract level suggests that paper prices for gold and silver are unlikely to go much lower.

The other news absorbed by markets was the 0.5% increase in the Fed’s funds rate, which was widely expected. The initial reaction was for equities and bonds to rally, before losing it all yesterday (Thursday). The yield on 10-year US Treasuries breached the 3% level, which is a wake-up call for complacent investors.

CPI inflation is likely to approach 10% in the coming months. Either interest rates have much further to rise, or alternatively prices will rise even faster, not because of demand being maintained but because purchasing powers for fiat currencies will decline at an even greater rate.

This is poorly understood by central bankers and investors, who think simplistically that a recession will reduce demand and therefore prices will stop rising. They believe in deflation and inflation being divorced from variations in currency and credit.

Meanwhile, there is an interesting development in the Russian rouble, which is next. 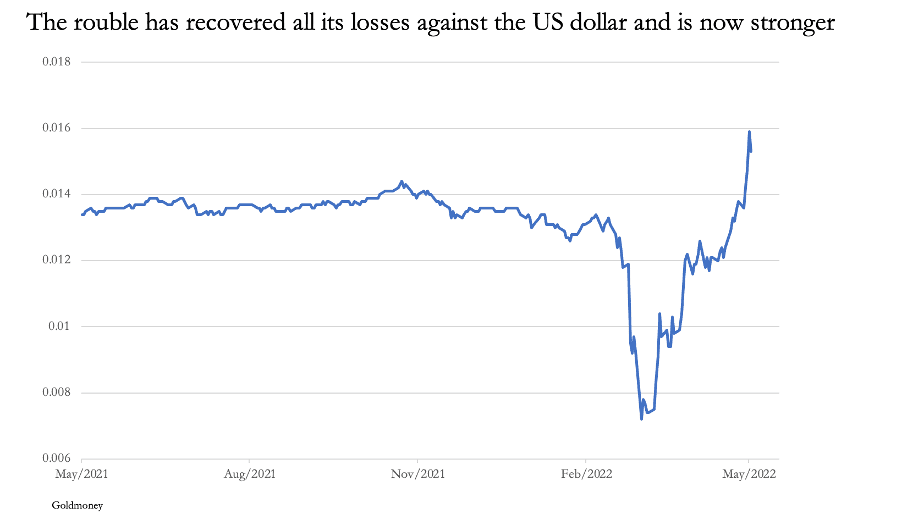 It turns out that the rouble is now the strongest currency by far, as it is becoming clear that the EU will have great difficulty uniting member states against Russian demands for payment for energy in roubles. While in the West mainstream media tells us of the dire economic conditions in Russia, the facts suggest otherwise. It is the West that is collapsing under the burden of its own sanctions against Russia, and not Russia, which is enjoying record balance of payment surpluses.

Russia has, in effect, tied the rouble to commodity prices, particularly energy. And this is the bit the central banking and investment establishment are yet to understand.

A combination of currency and credit expansion in recent years is undermining the purchasing power of all Western fiat currencies. It is that which is driving rising prices, the various crises — covid, supply chains, Russian sanctions are merely catalysts. The long-term trend of declining interest rates is now over, and market prices of financial assets, which act as collateral at the major banks, are extremely vulnerable.

By being tied to commodities, the rouble is indicating not just its own strength but the weakness of Western currencies. And because over time commodities priced in gold grams are stable, the rouble’s strength tells us that the gold price should also be rising.