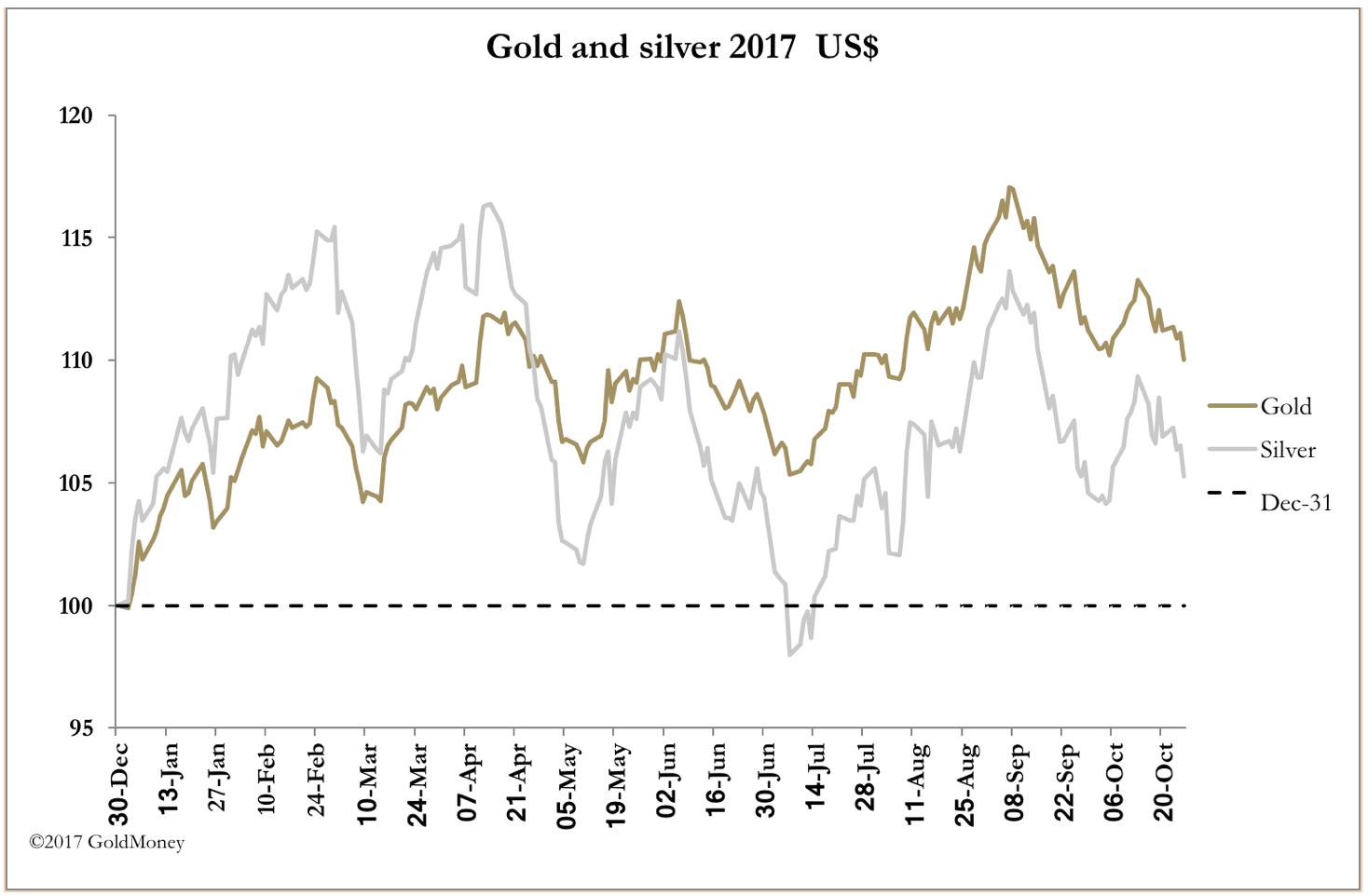 Precious metals drifted lower this week, with gold losing a further $13 from last Friday’s close, to trade at $1267 in Europe this morning (Friday). Silver lost 30 cents over the same time scale, to $16.73.

Prices have been driven by a continuing rally in the dollar, consolidating losses since its peak last December, when the gold price bottomed at $1151. The dollar’s rally was given a little more momentum yesterday, when the ECB announced it was extending its asset purchase programme to next September. The euro fell by two cents from yesterday morning’s open, and the flows into the dollar weakened other currency rates as well.

It is clear the dollar is driving gold and silver prices, rather than the metals trading on their own merits. Of course, this is not the way we tend to look at things. However, if the dollar continues its rally, gold and silver are likely to drift lower.

Neither metal looks oversold on Comex data. This is illustrated by our next chart, of the net position of the Managed Money category in gold. 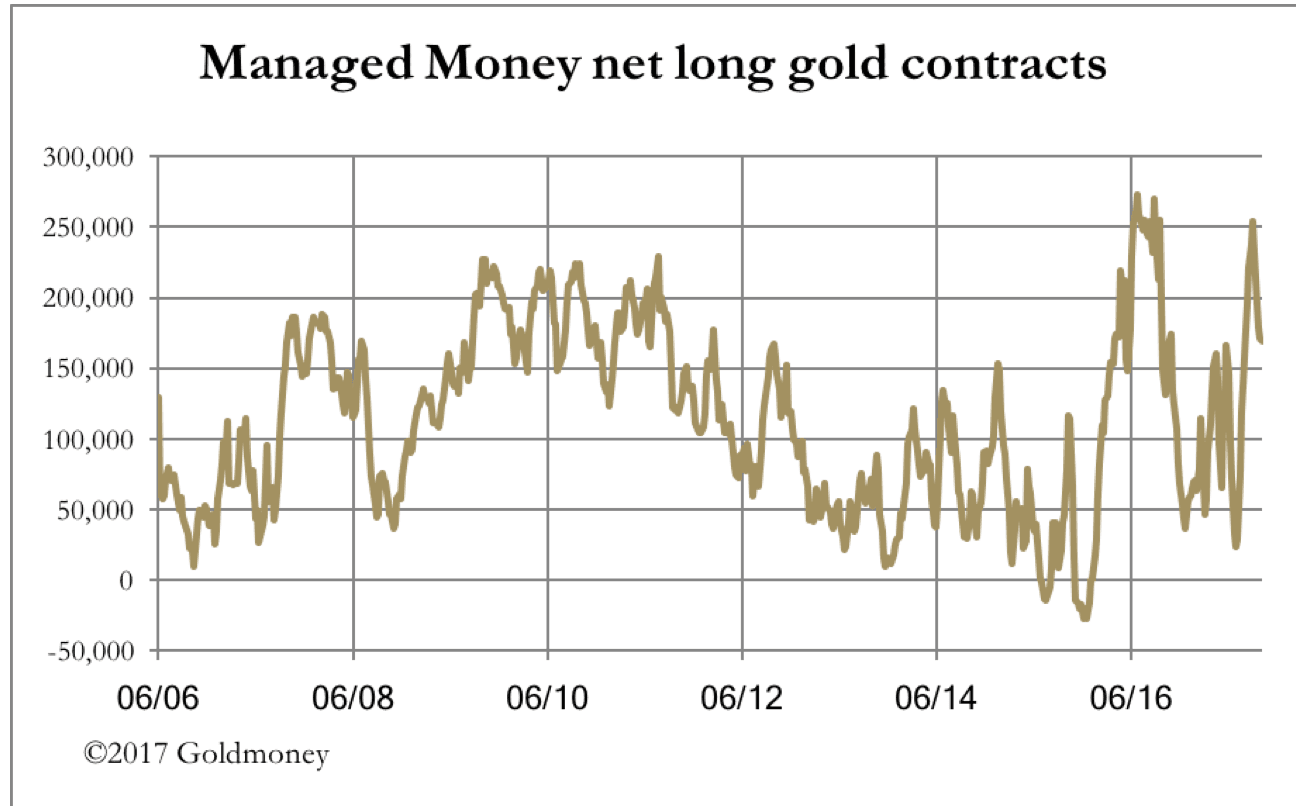 The last number (17th October) was 169,515 contracts, moderately overbought against a long-term average of 114,000 contracts. Clearly, there are some vulnerable positions here still to be shaken out. Another way of looking at Comex exposure is to look at open interest, and here too, there appears to be room for speculators to be forced into abandoning their positions.

The long-term average for open interest is 440,000 contracts. Dollar inflation probably raises this figure to something like 475,000 today, but even so, the current level of open interest at 526,000 tells us that there is room for reduction. The way open interest reduces is for speculators (i.e. hedge funds in the managed money category) to close their longs, and for the bullion banks to retrieve their shorts.

One of the factors that sets timing for unwinds is the expiry of the active contract, and in the case of gold, it is currently December. That means the best time for speculating punters to be spooked into closing their longs will be November, and accordingly we can expect attempts by the bullion banks to trigger stop-losses in the coming weeks. A further factor is the year-end, when traders’ books are closed, and bonuses decided. There can be little doubt that these factors influence the timing of gold and dollar moves on Comex, with turning points evident in mid-December for the last two years.

Bear in mind that hedge fund managers think they know what’s happening when they trade gold and the dollar. The reality is they are like the rest of us, easily persuaded by trends. Our last chart shows where prices must go, for them to abandon all hope. 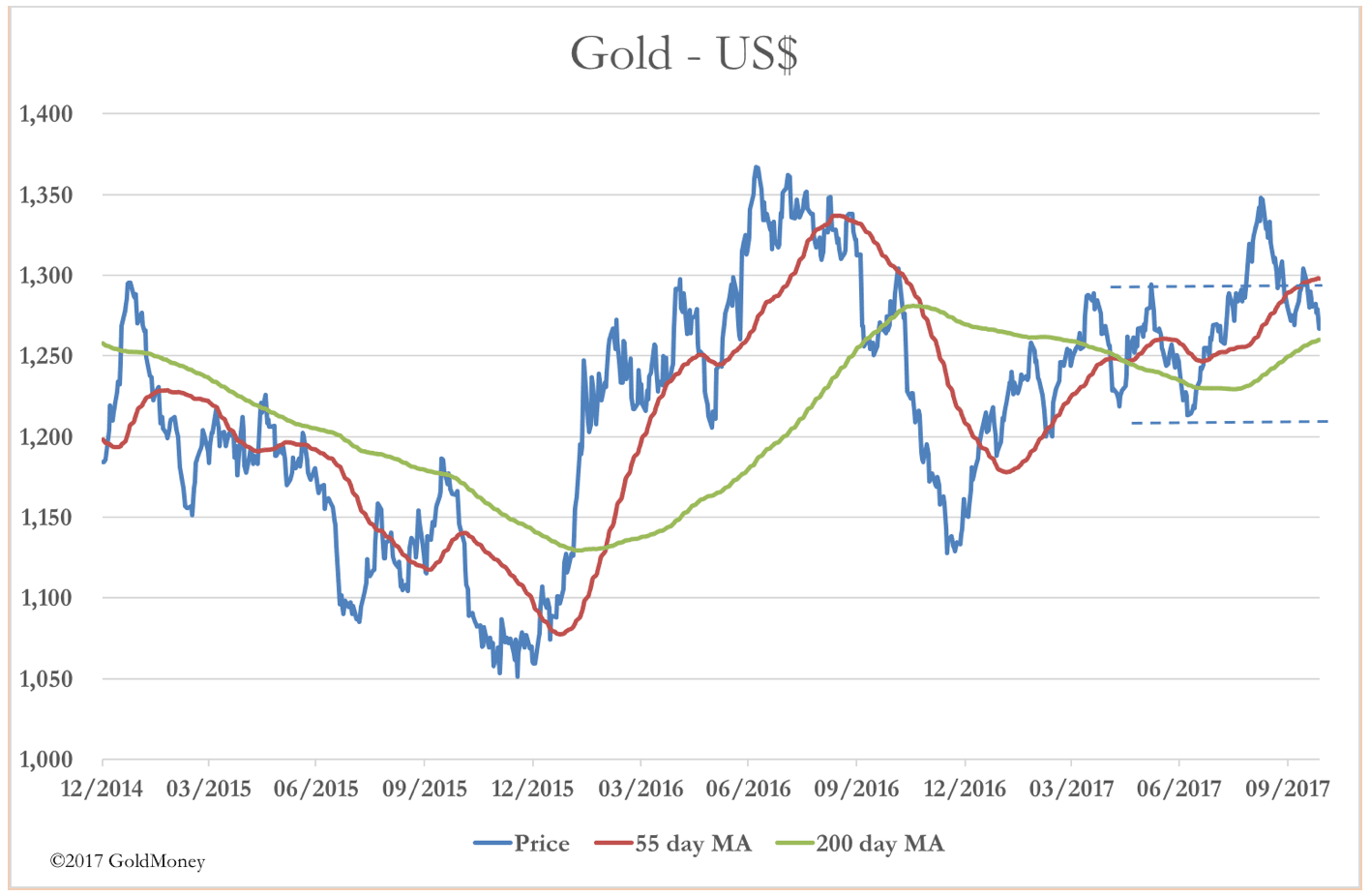 This would likely occur if the 200-day moving average is violated, when the next level of price support would be deemed to be in the $1210 region. Wouldn’t the bullion banks love that!

But, it will all depend on the dollar.