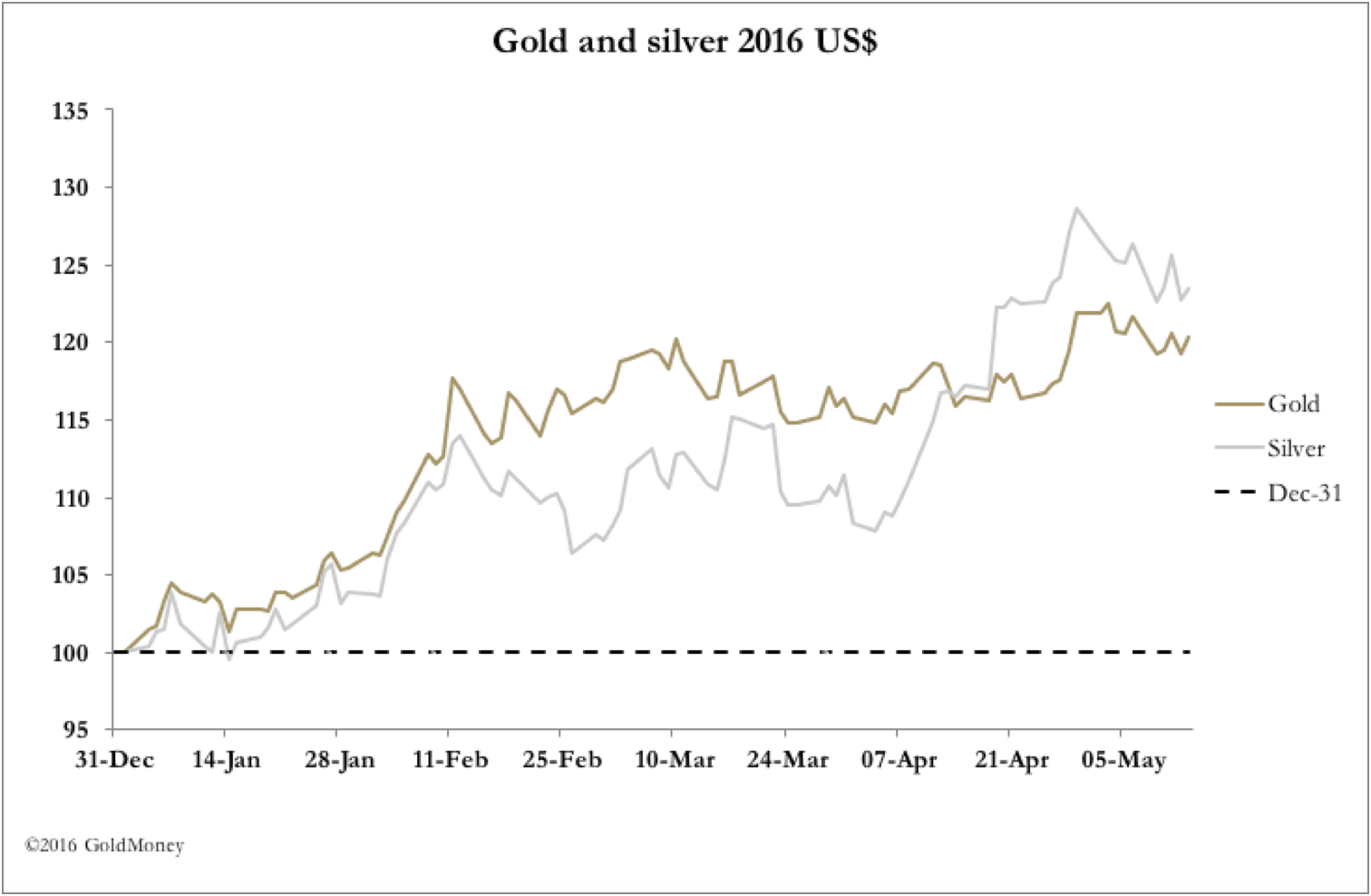 Gold had put on $20 in the Asian session, before putting on another $30 during American hours, closing a little below the best. Silver also rallied, but this is not where the action was. In the first six weeks of 2016, gold has risen by 18%, and silver by 14%, putting the gold/silver ratio at just under 80. Volatility continued in Asian trading, but prices were steady this morning in early European trade.

The relative volatility of silver, which is usually nearly twice that of gold, suggests that the gold/silver ratio should be falling when the gold price rises, and therefore given gold's performance, silver could have been expected to have risen by 30-35%. For whatever reason, it has been left behind, and given the change in sentiment in favour of gold, silver could justifiably catch up with a run to over $18.

On Wednesday and Thursday, Janet Yellen delivered her semi-annual testimony to Congress. She appeared to be less certain of the economic and inflation outlook than at the time of the December rate rise. This is hardly surprising, given the fall in stock markets, and the fall in long-term Treasury yields, which together indicate a deteriorating economic outlook. Listening to the Q & A session that followed on both days, it was hard not to feel sympathy for her. She was given a rough ride by committee members who questioned the December rise in the Fed Funds Rate, while others seemed keen to hear her say the Fed would consider negative interest rates. She was understandably cautious on this point.

The apparent undertone of many of the questions was that the Fed is facing a financial, and possibly systemic crisis. Indeed, this seems to be a widespread opinion in markets, which will either be confounded or alternatively turn into a growing sense of panic. And nowhere is this more likely than among depositors at some of the major European banks.

Gold in other currencies also performed well, particularly in sterling, which has been generally weak in recent months. This is shown in our second chart, which is updated to last night's close. 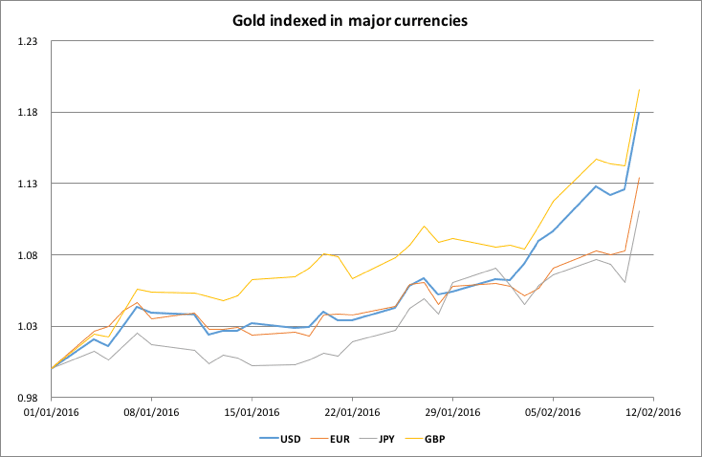 Demand for physical gold has picked up strongly. In London, ETF Securities reported buying of physical gold ETFs totalling over $710m since January 1st. Tales from high street bullion dealers are of record sales of bars and coins. And how often do we hear of record interest in places like South Korea?

With a sudden surge in public demand for physical gold, there is no knowing how it will be satisfied. There is a risk of a gathering snowball effect, with higher gold prices triggering yet more demand. Western vaults are only able to supply initial demand, but because bullion banks have unallocated accounts for customers not backed fully by gold, they will be forced to cover the risk of higher prices.

The swaps category in the futures markets, which we can take as proxy for the second division of bullion banks, is moderately short, and will have struggled not to increase this negative position. With western capital markets short of physical bullion, any sharper rises in the gold price can be expected to create difficulties for the major market participants.