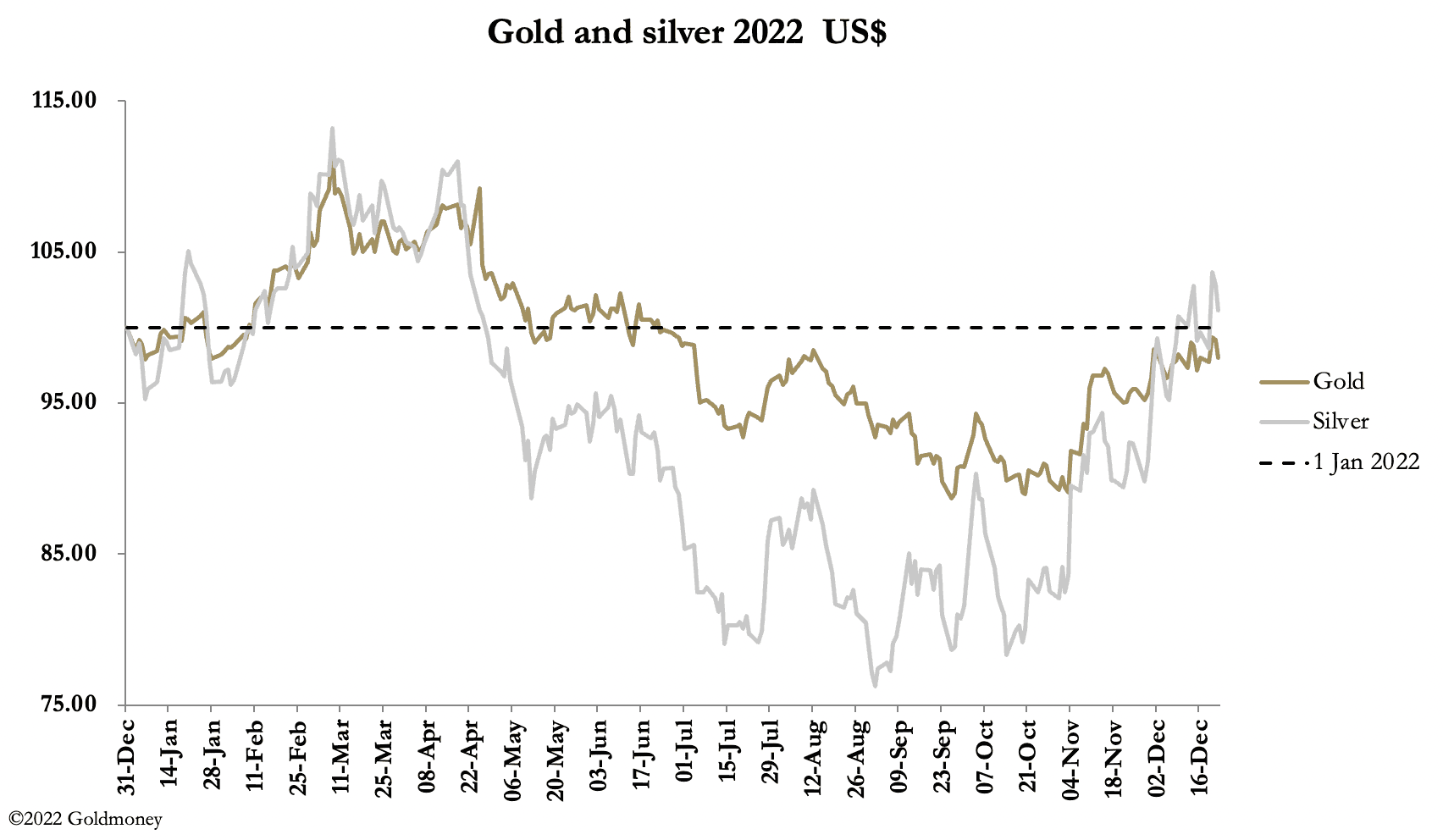 Comex Open Interest in gold has risen from the exceptionally low level of 422,100 contracts on 6 December to 441,879 on Wednesday. The increase reflects Managed Money sentiment improving with new bull positions being taken out. But in the greater picture, Open Interest is still at very low levels, as our next chart illustrates.

Furthermore, from early November the clear divergence between a rising gold price and falling Open Interest is a bullish signal and might have tempted some technical traders.

Unfortunately, trading volumes are thin and recent buyers risk being stopped out of their longs by bullion banks keen to show their net shorts in the best light at the year end.

In physical gold markets, demand from central banks is absorbing sales from ETF holders, but according to the World Gold Council, net ETF liquidations slowed in November to 34 tonnes from 59 tonnes in October. There could be some predictive value in these ETF flows, as our next chart of total ETF holdings and the gold price illustrates. 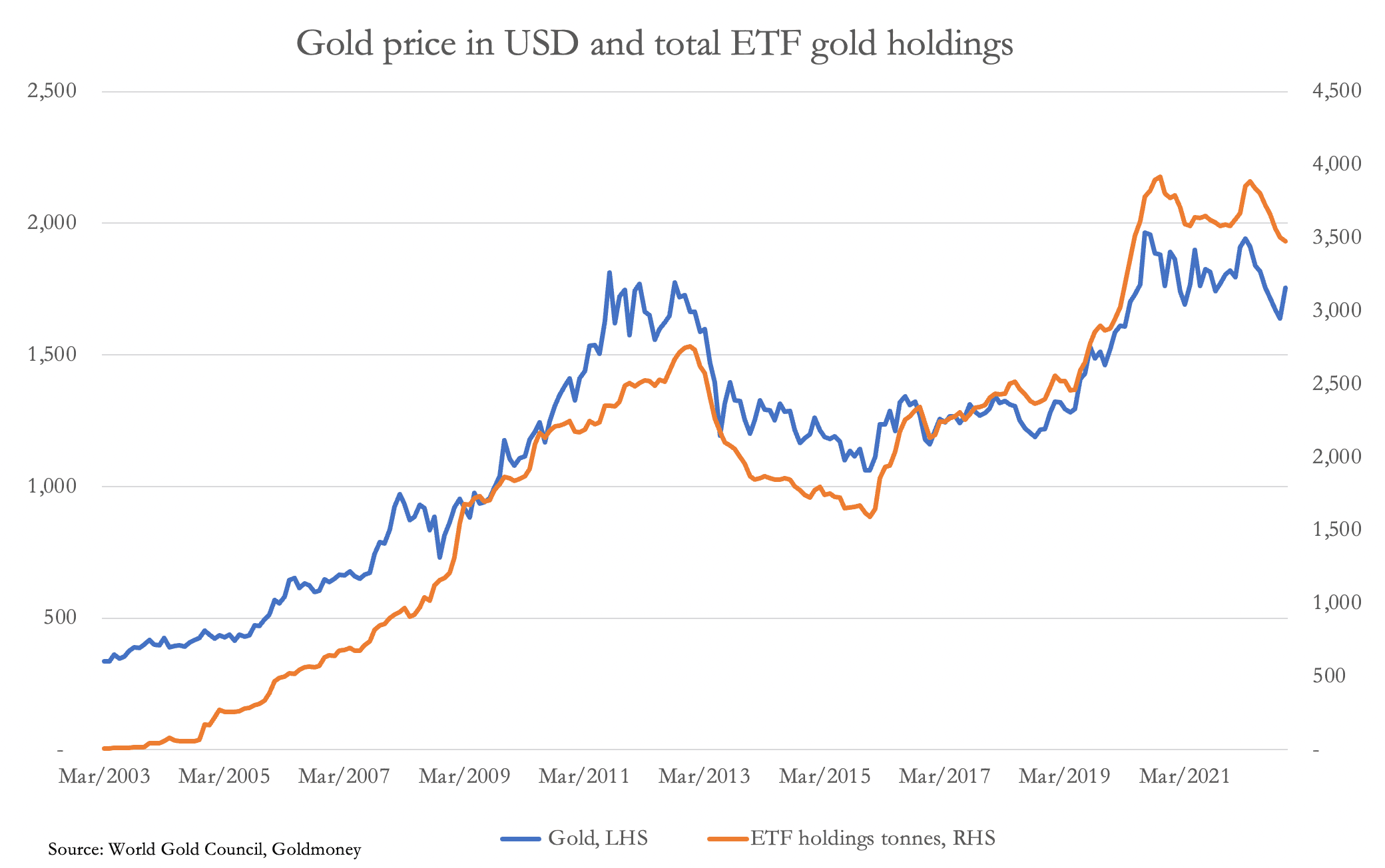 Following the 2011 price peak, we saw that the gold price peaked first, while ETF holdings continue to rise. Positions were then liquidated after the gold price has fallen significantly. However, following the price turning bullish in December 2015, ETF holdings have correlated more closely with changes in the gold price. The current relationship must reflect the general absence of weak ETF holders which featured a decade ago. Furthermore, we can see how a rising gold price encourages buying of ETFs, fuelling further rises in a market short of physical liquidity.

The bullish argument for 2023 is therefore becoming compelling. But there is another factor which could have significant consequences, and that is the future for the carry trade. This time, we are looking not at gold itself, but a gathering storm between fiat currencies. In a carry trade, a bank or other financial institution enters into an interest rate arbitrage between a low interest rate currency and a higher one. Thus, borrowers in Japanese yen have been able to invest in short-term US, EU, and sterling debt. Leveraged up, the interest rate differential produces substantial profits.

This week, the Bank of Japan finally threw in the towel in its yield curve control, whereby it capped the yield on the 10-year Japanese government bond at 0.25%, raising its intervention level to 0.5%. At 0.8%, already currency swap contracts reflect further increases.

Not only are Japanese capital flows already withdrawing from global bond markets, but there are significant positions in non-Japanese financial institutions at threat as well. It makes the recent Bank for International Settlements’ warning of forex derivative risks apposite. And the UK pension funds blow up is still fresh in our minds as well.

How gold will be affected remains to be seen but it is a development worth watching.