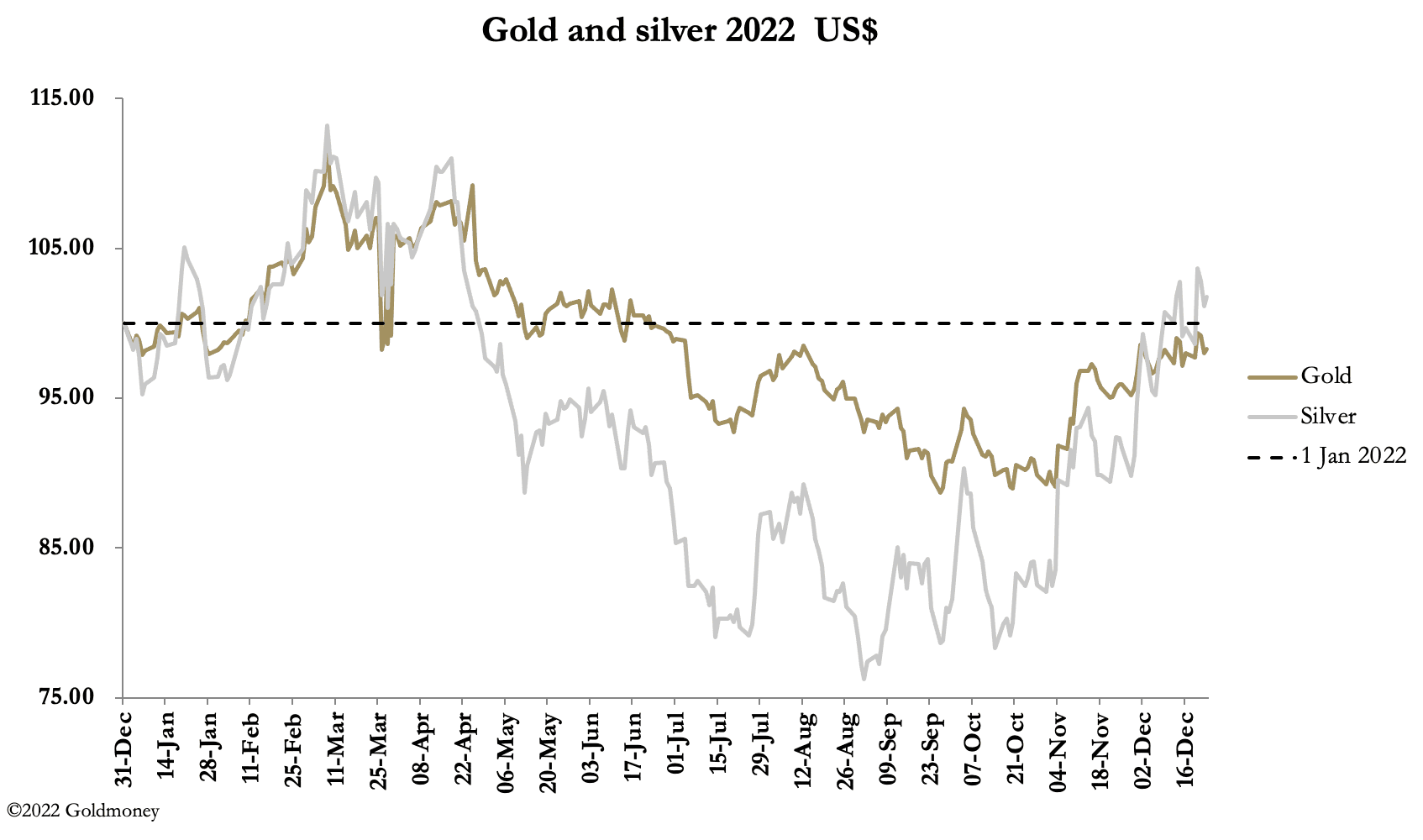 With interest rates rising, many investors will be surprised that precious metals have held up so well. Admittedly, gold had fallen by 11% by end-September when bond yields were at their highest, but the falls in bonds and equities were somewhat greater at the same time.

One of the factors which supported gold in the final quarter, offsetting moderate ETF liquidation of about 300 tonnes over the year has been central bank demand, which the World Gold Council estimates to have been 364 tonnes by October. Including more recent purchases by China and others adds nearly 300 tonnes. The Chinese purchase was confirmed in recent days by Mark Bristow, CEO of Barrick Gold, the world’s second largest gold mining corporation, who claimed China had bought “tonnes of gold around the high 200-tonnes mark”.

Why China has bought this gold, when it has ample bullion additional to its declared reserves, is an interesting question. The answer probably lies with President Xi’s recent visit to Saudi Arabia, where it was agreed that sales of oil would be paid in yuan, replacing the petrodollar with petroyuan. According to Aljazeera, Saudi exports to China are worth $33.4bn equivalent, while its imports are $31.8bn, so the net surplus is $1.6bn. The official communiqué referred to “levelling up trade, investment and financial cooperation”.

We know that China is keen to internationalise its markets, which is what investment and financial cooperation is about. The international section of the Shanghai Gold Exchange will be used by Saudi Arabia for its yuan to gold transactions. It is therefore likely that some of China’s purchase of nearly 300 tonnes in recent weeks will be to provide liquidity to backstop this market.

With regard to prospects for next year’s gold price, it should be noted that the major factor will be the fate of the dollar. It appears likely that dollar oil prices will increase in the coming months, while foreign holders of dollars will continue to reduce their dollar exposure, which in the year to October declined by $3.8 trillion. But a rising interest rate trend leading to falling financial asset values and the petroyuan replacing the petrodollar, events could coalesce into a perfect storm for the dollar.

This is not how conventional analysts look at the gold price. They would argue that higher interest rates, if they occur, will drive gold lower. But that is an argument that denies the role of gold as money.

Tell that to President Putin, who by cornering global hydrocarbon supplies probably has a greater influence on the dollar’s future than the US Treasury and the Fed combined.