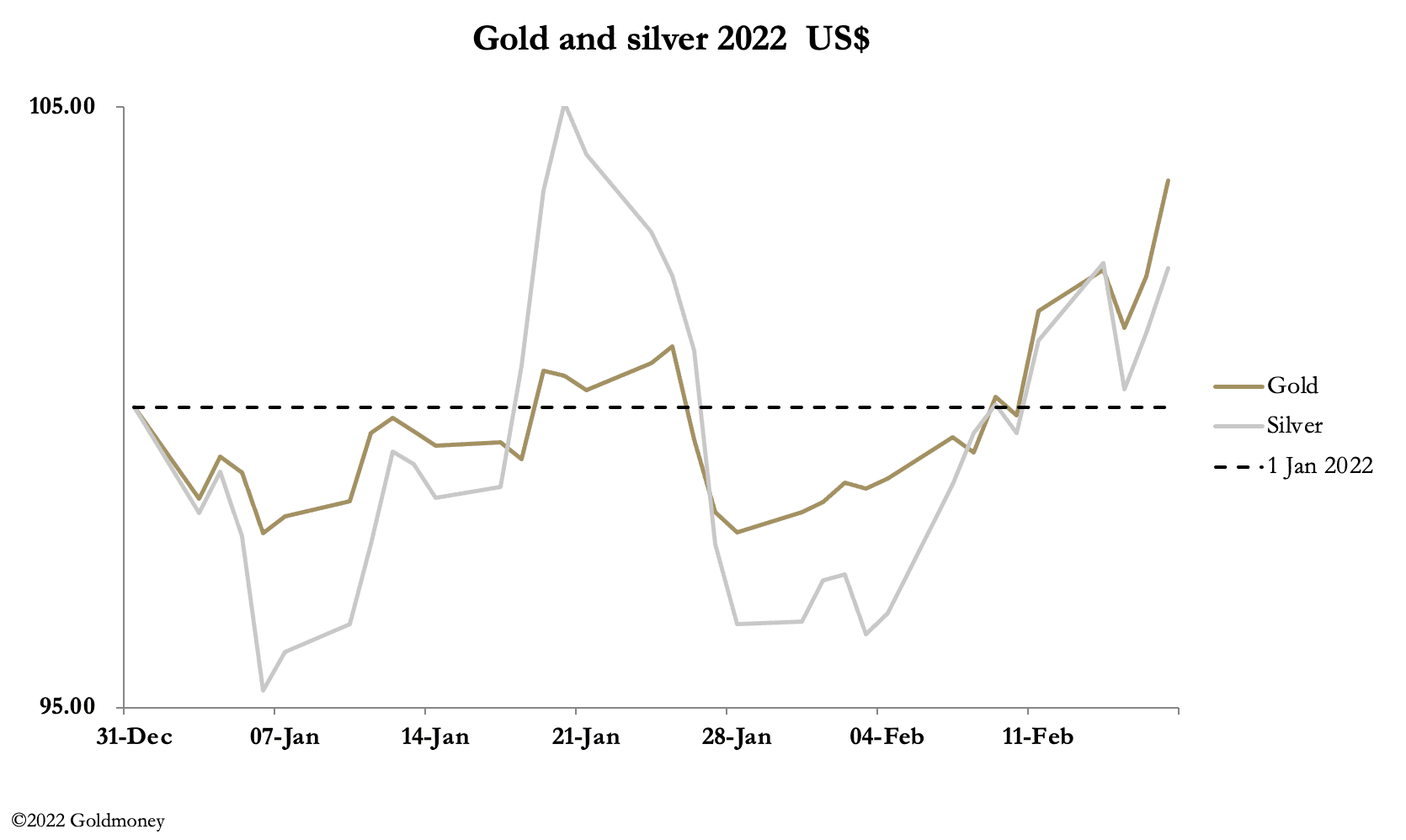 Gold and silver rose this week continuing the rally from the depressed levels of earlier this month. In European trade this morning, gold was at $1894, up $34 on the week, while silver at $23.92 was up 32 cents. Not dramatic numbers, maybe, but chartists were excited by the apparent ending of an eighteen-month consolidation for gold. This is our next chart. 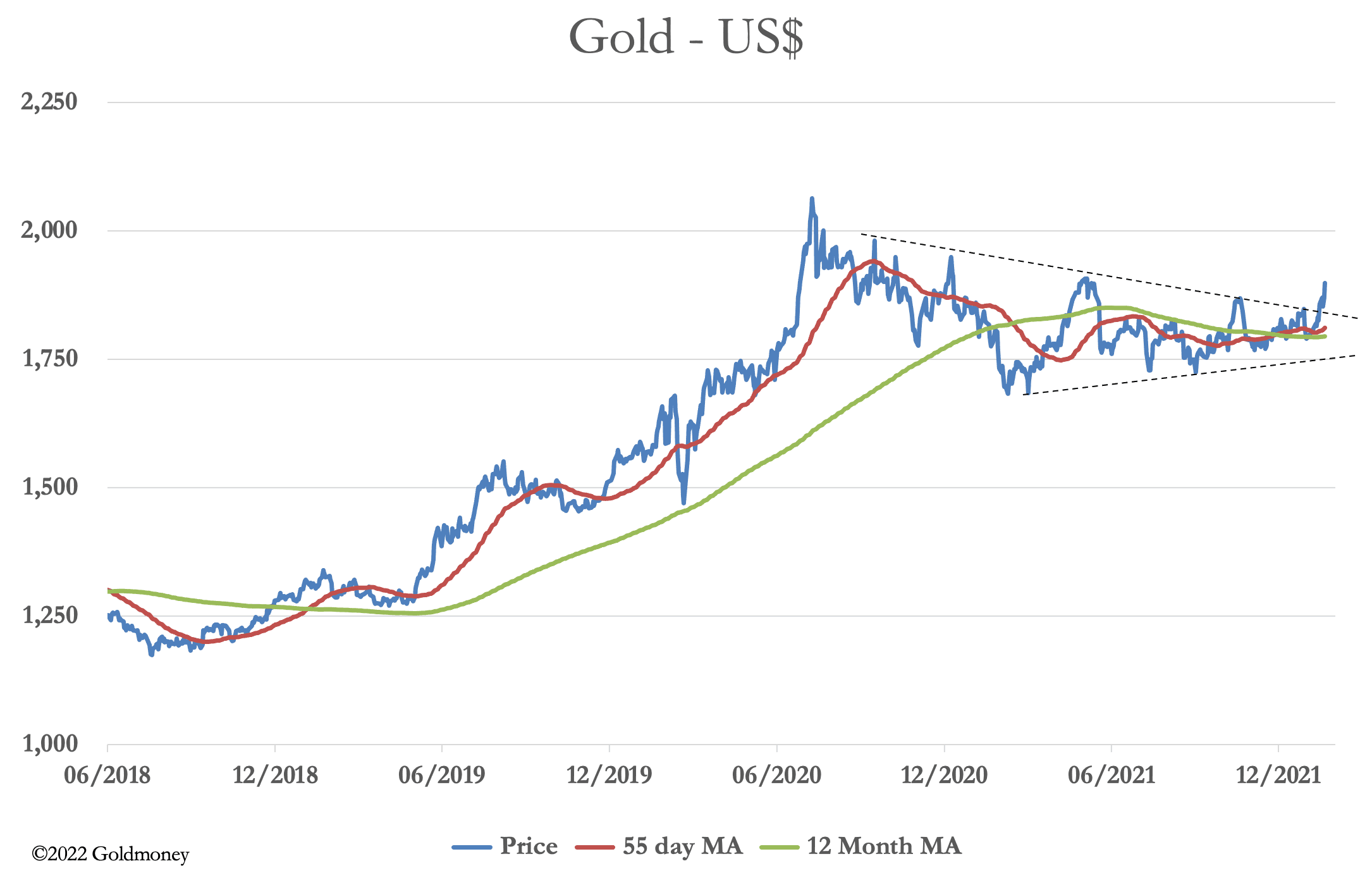 Short-term, technicals suggest gold is overbought and due for a pause before advancing further. This view appears to be supported by the increase in Open Interest on Comex, which has increased dramatically. Next up… 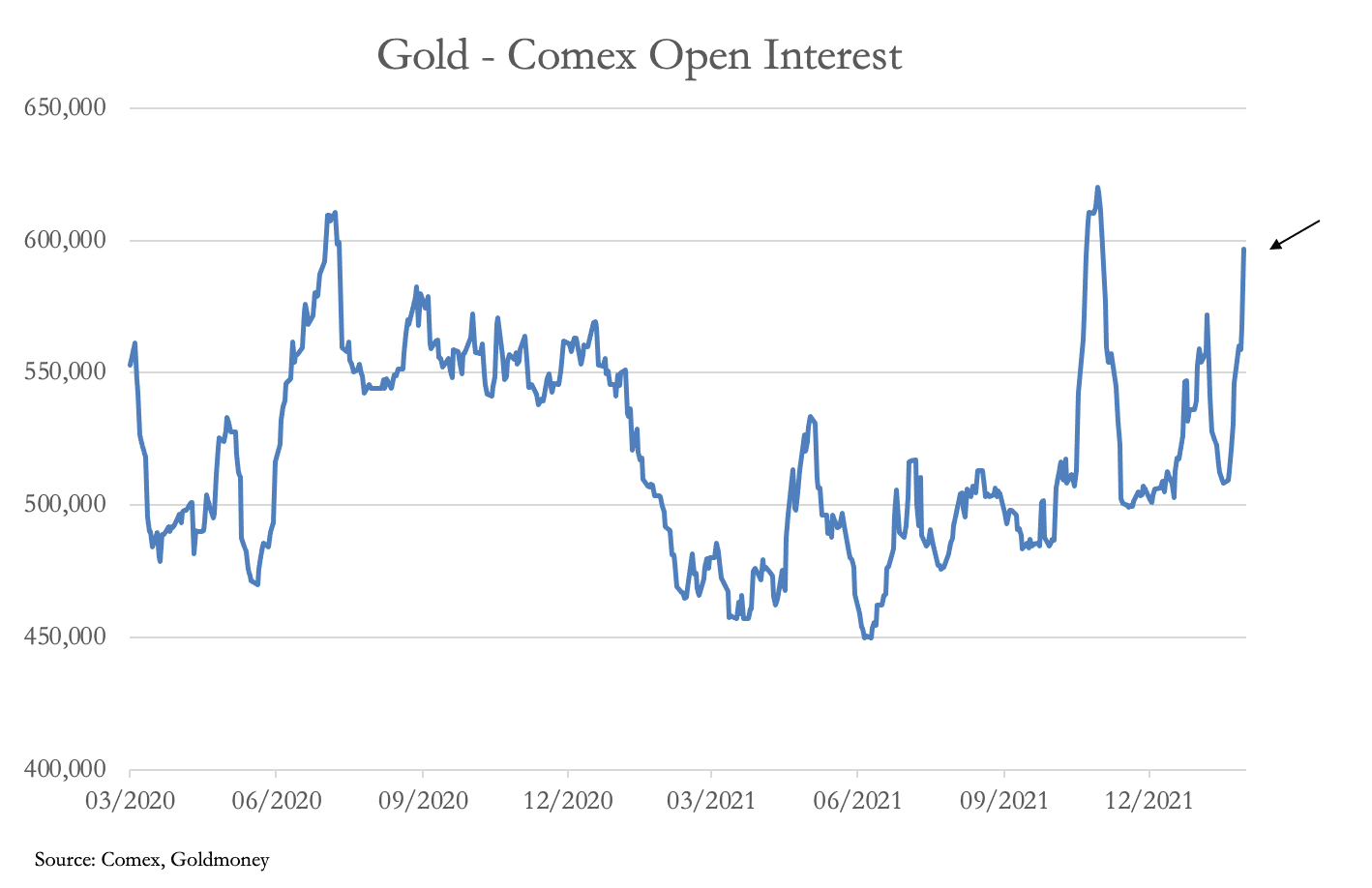 Note how last time OI hit these levels, the Swap establishment engineered a fall in the price from$1870 to $1760, taking out the speculators and reducing OI to 500,000 contracts. What’s to stop them doing this again?

There’s no doubt that the bullion banks, consciously or unconsciously working in concert, manage the price to their profitable benefit most of the time. This is why speculators and investors may make a few profitable trades, but overall, they lose money. They are up against Keynesian economic beliefs in the banking community backed by endless credit creation in their derivative dealings.

While short-term games are being played by banks and billion-dollar funds, it is better for those of us protecting our more modest wealth to understand the bigger fundamental picture. And there is a dawning realisation that all markets are hostage to increasing interest rates and their destabilising effects.

The Keynesian players are influenced by myths. The most obvious one is that gold is a safe haven from war tensions over Ukraine. But dollar, euro and Swiss franc cash are more naturally so. Gold matters principally in the monetary context, being money and not currency. The second myth is illustrated in the following quote, extracted from a research note issued by one of the largest banks:

“As a non-yield-bearing asset, gold has historically been negatively correlated with US real interest rates (nominal yield minus inflation) …”

This is wrong on several counts. First, the relationship is based on human action, not maths. Second, inflation is of currency and credit, with prices being the consequence. Third, the statistics are produced by a government department with an interest in keeping increases in the general price level at the 2% target. And lastly, the analysts fail to understand that gold is money and the rest is credit, so they make the common mistake of believing the objective value is always in the currency and the subjective value is gold. They then went on to forecast a gold price of $1650 by the year-end.

Increasingly, it is this dilemma which is driving all markets, including precious metals.