The coming oil shortage – Part I

By Goldmoney Insights
Goldmoney Staff April 20, 2021
The oil price crash on the back of the COVID-19 lockdowns has accelerated the coming supply crunch. Both national and international oil companies have slashed CAPEX and maintenance spending, which will push up decline rates and US shale drillers finally focus on profitability instead of growth. Current longer-dated oil prices are too low to give enough incentive to oil companies to invest in badly needed future oil production. When they finally rise, gold prices will be pushed sharply higher.


In our gold price framework, we identified three main drivers for gold prices: central bank policy (through real-interest rate expectations and QE), changes in central bank inventories and longer dated energy prices. We found that these three drivers have a very high predicting value for gold prices over the past decades. When prices under- or overshoot the model predicted values, they tend to correct in the medium term. Current prices are well in line with the model-predicted prices (see Exhibit 1).

Exhibit 1: Our gold price model has been a great predictor for prices over the past decades 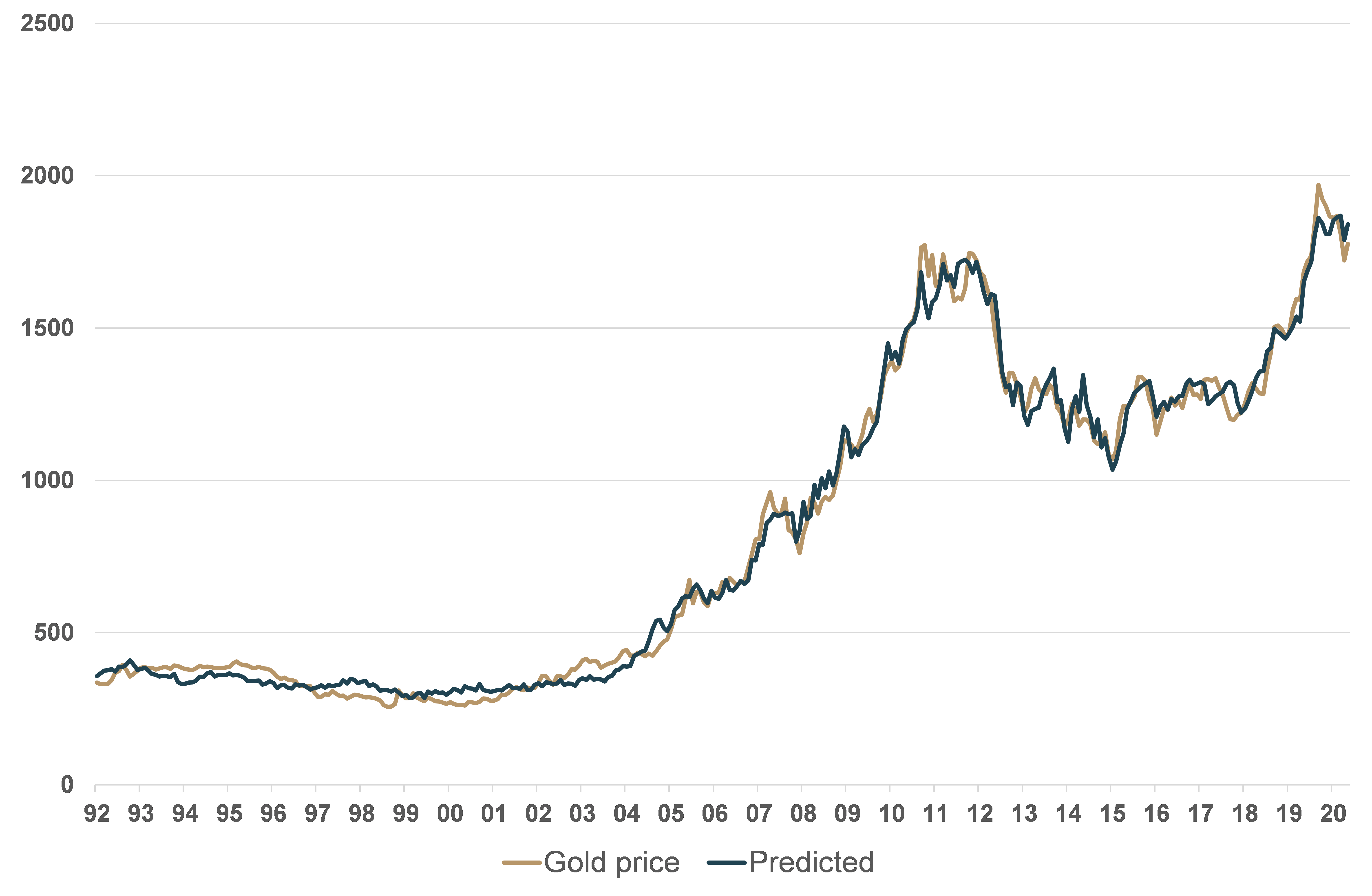 
We have discussed our outlook for the first driver at length in recent reports (see Gold price framework update – the new cycle accelerates, January 28, 2021, as well as The equity-gold price conundrum – Part I, March 8, 2021 and Part II, March 19, 2021.

Our outlook for the second driver – changes in central bank inventories – remains the same as it has been for the past years: Central Banks in emerging markets remain net buyers of gold, more than offsetting the still ongoing (but much slower) trend of Western central banks being net sellers. More importantly, and as we have highlighted before, central bank purchases have not been a strong contributor to gold prices for the past years, neither to the downside nor to the upside.[1] 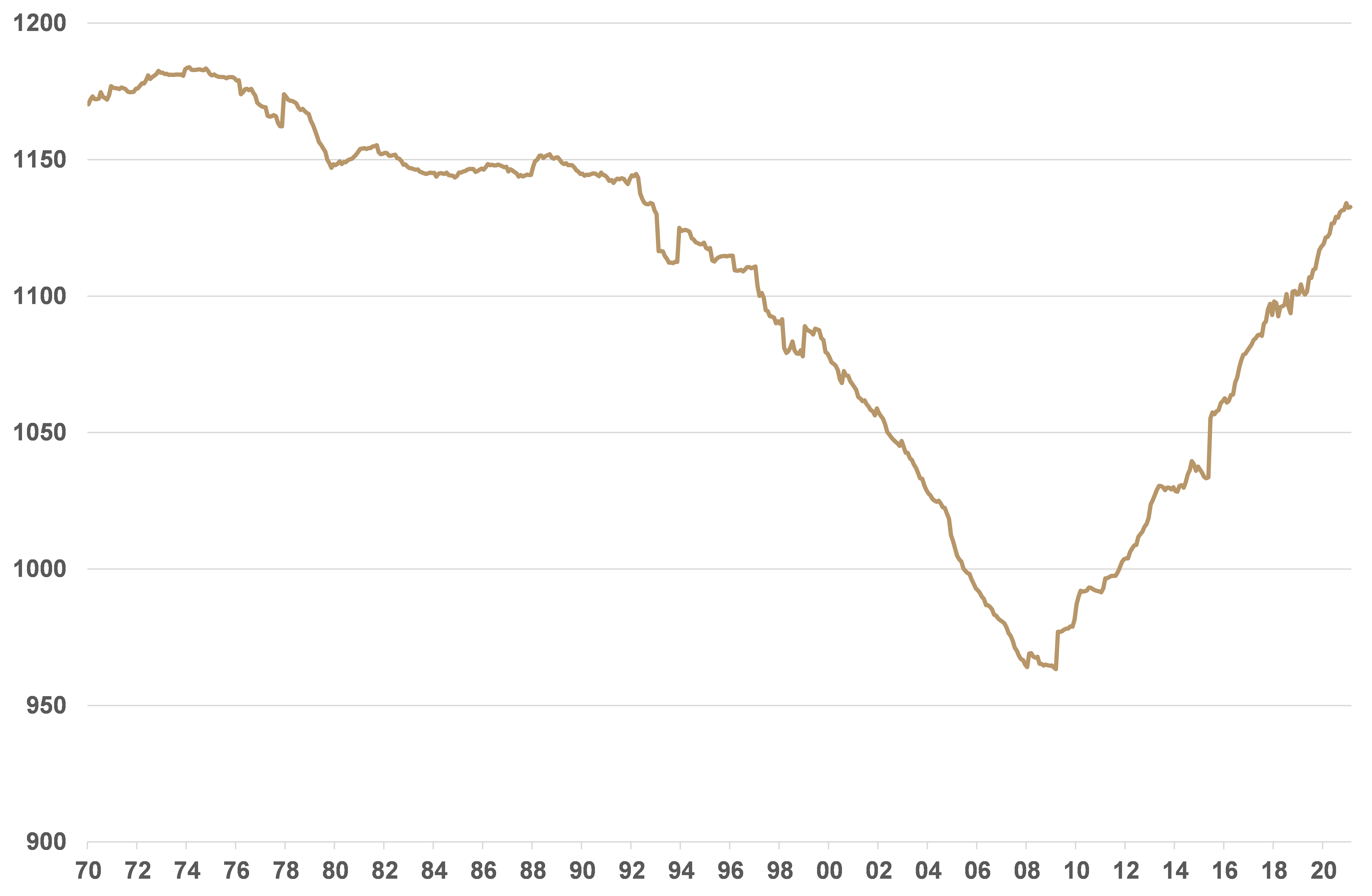 Exhibit 3: Long-dated energy prices were the largest contributor to the gold price rally until 2008, they had a negative impact between 2009-2015, and no impact over the past five years 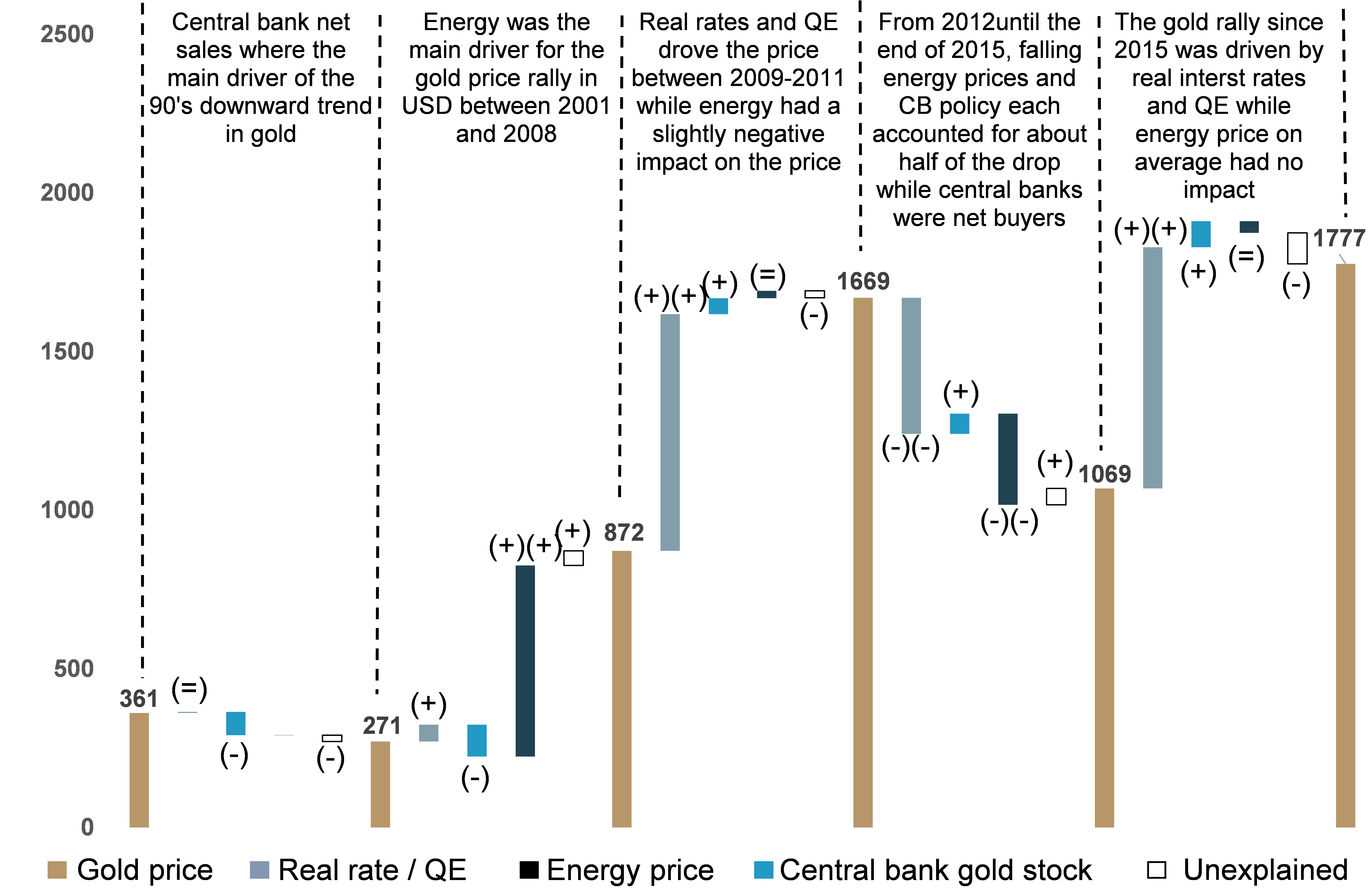 It’s important to highlight that longer-dated oil prices today are not only almost unchanged versus five years ago, there was barely any volatility during the entire time period. Even when oil prices crashed in early 2020 on the back of the first wave of COVID-19 lockdowns, longer dated oil prices dipped only modestly and quickly recovered thereafter. 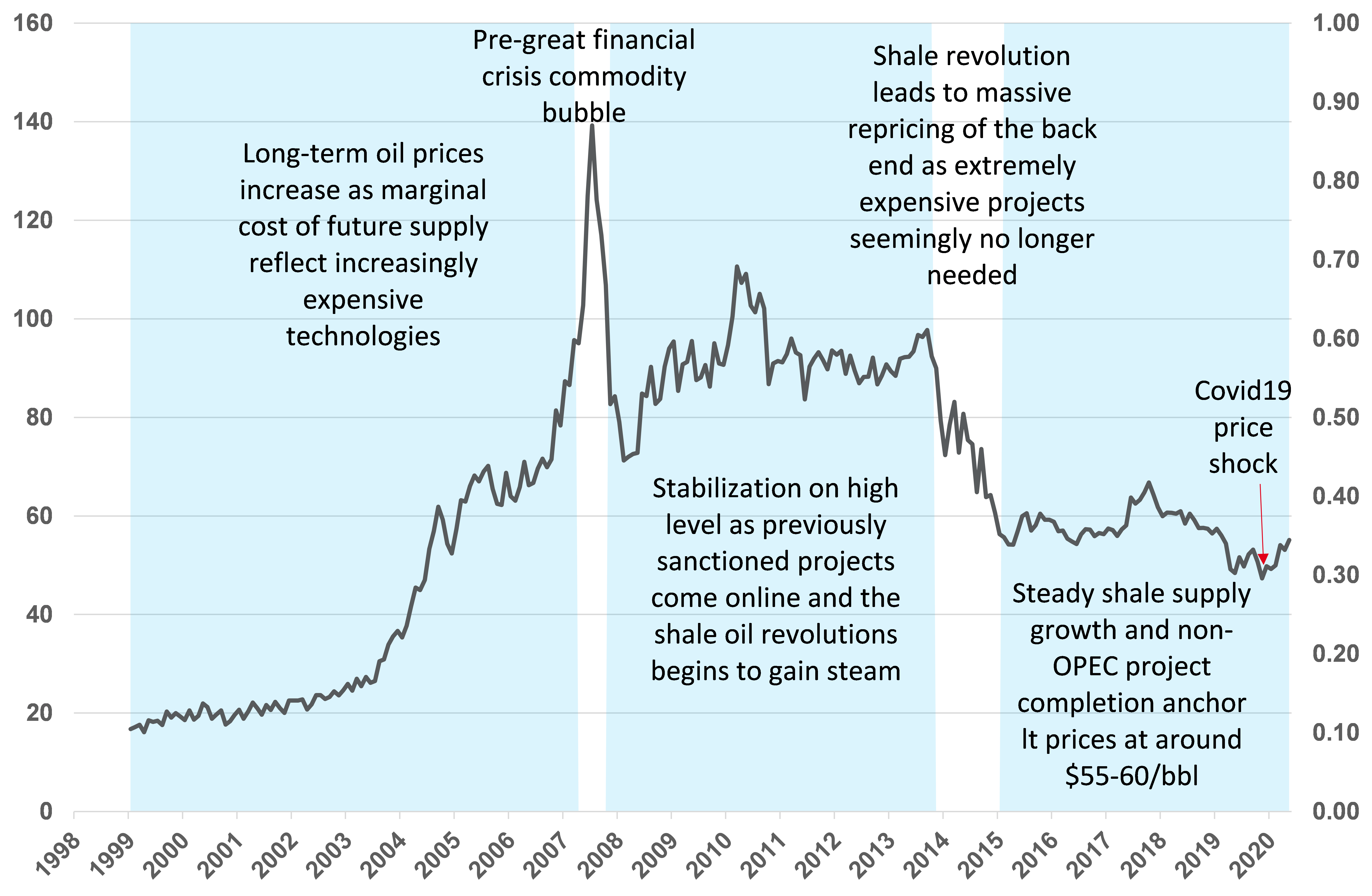 However, while the COVID-19 pandemic so far has had a very limited impact on long-dated oil prices, in our view, it will have a substantial impact on future supply growth. More specifically, we believe that sharp spending cuts have led to widespread underinvestment, which in turn has accelerated our expected supply crunch, leading to a dramatic shortfall in the medium to long term.

In order to get a better understanding of how the past year has profoundly impacted the long term outlook for energy markets, it’s useful to look at what happened in terms of demand and supply during the COVID-19 crisis.

Exhibit 5: The impact of the Covid lockdowns on global oil demand was unprecedented 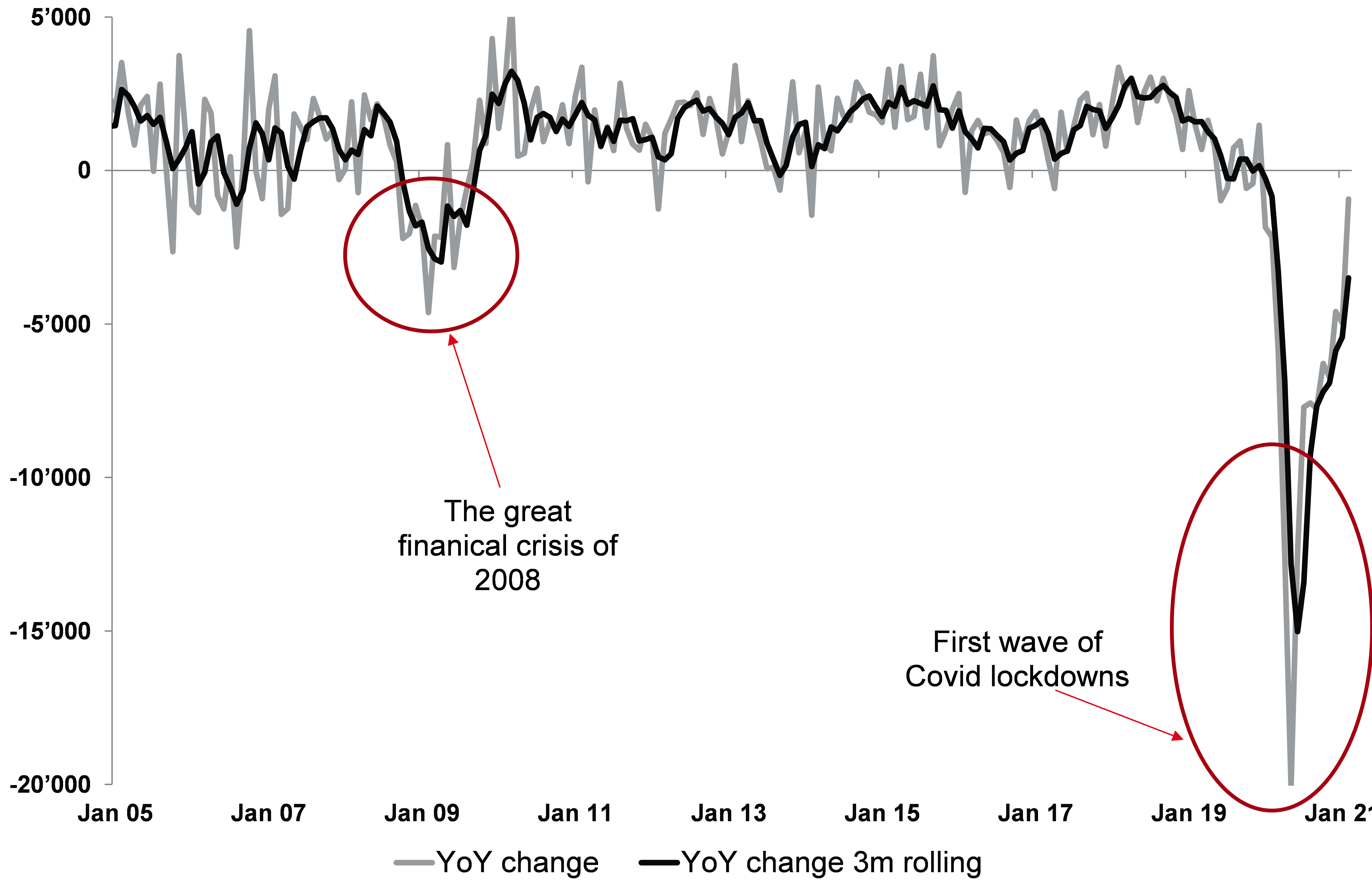 As a result, global inventories rose at the fastest pace and to the highest levels on record. 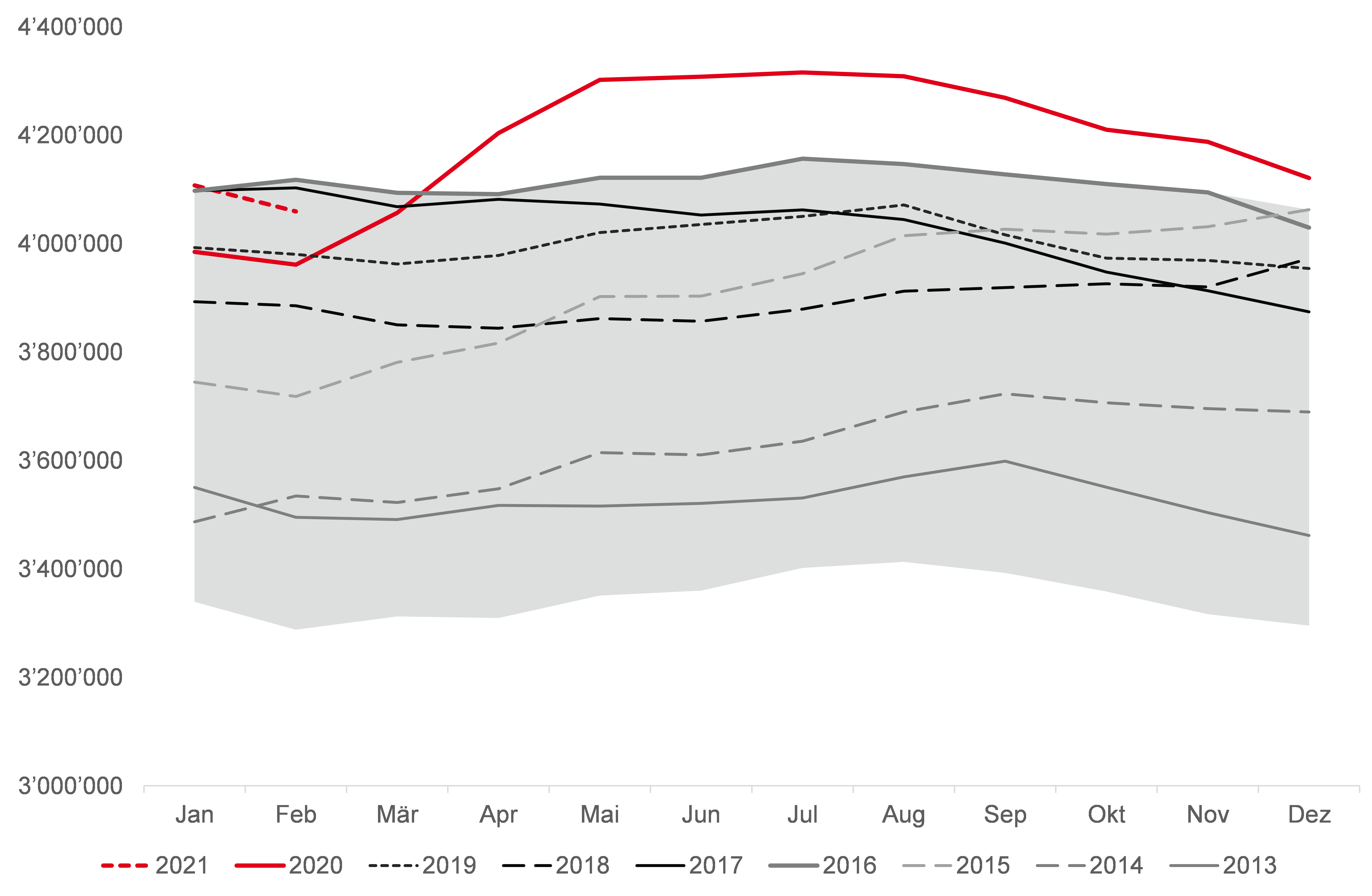 The result was that oil prices crashed. While global benchmarks like Brent decline by around 60% from peak to bottom ($68/bbl to $25/bbl, landlocked crudes such as WTI saw negative prices ($62/bbl to $-40/bbl).

Exhibit 7: Crude oil prices crashed at the beginning of the pandemic, signaling the need for drastic production adjustments 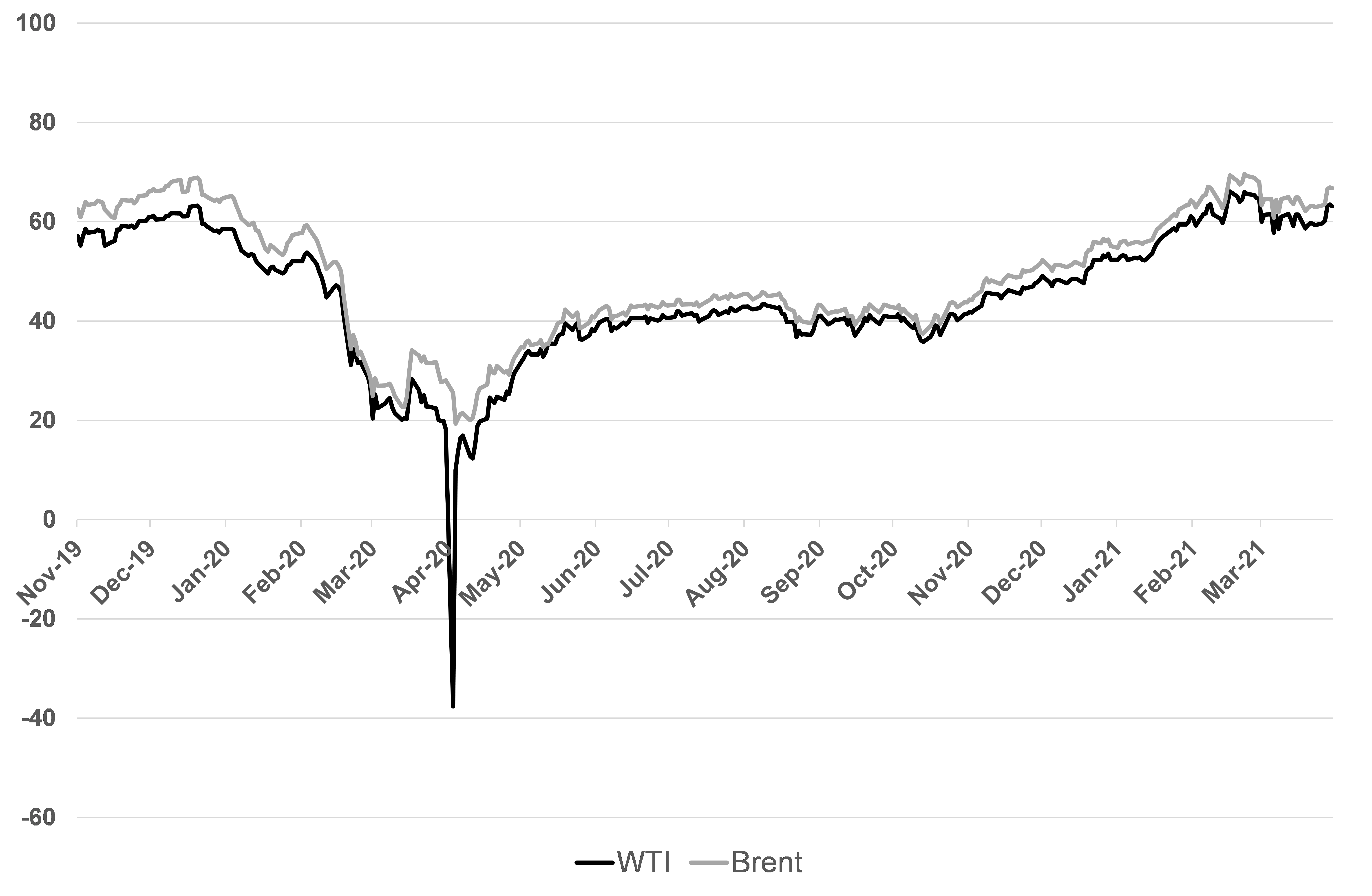 It became clear that drastic measures would be needed in order to prevent global prices from suffering the same fate. As a result, OPEC+ agreed on the largest production cuts in history, taking 10mb/d of production offline. This was further aided by a sharp contraction in US shale oil production, and to a much lesser extent by non-OPEC ex US supply.

Exhibit 8: The price crash in 2020 lead to an unprecedented supply response 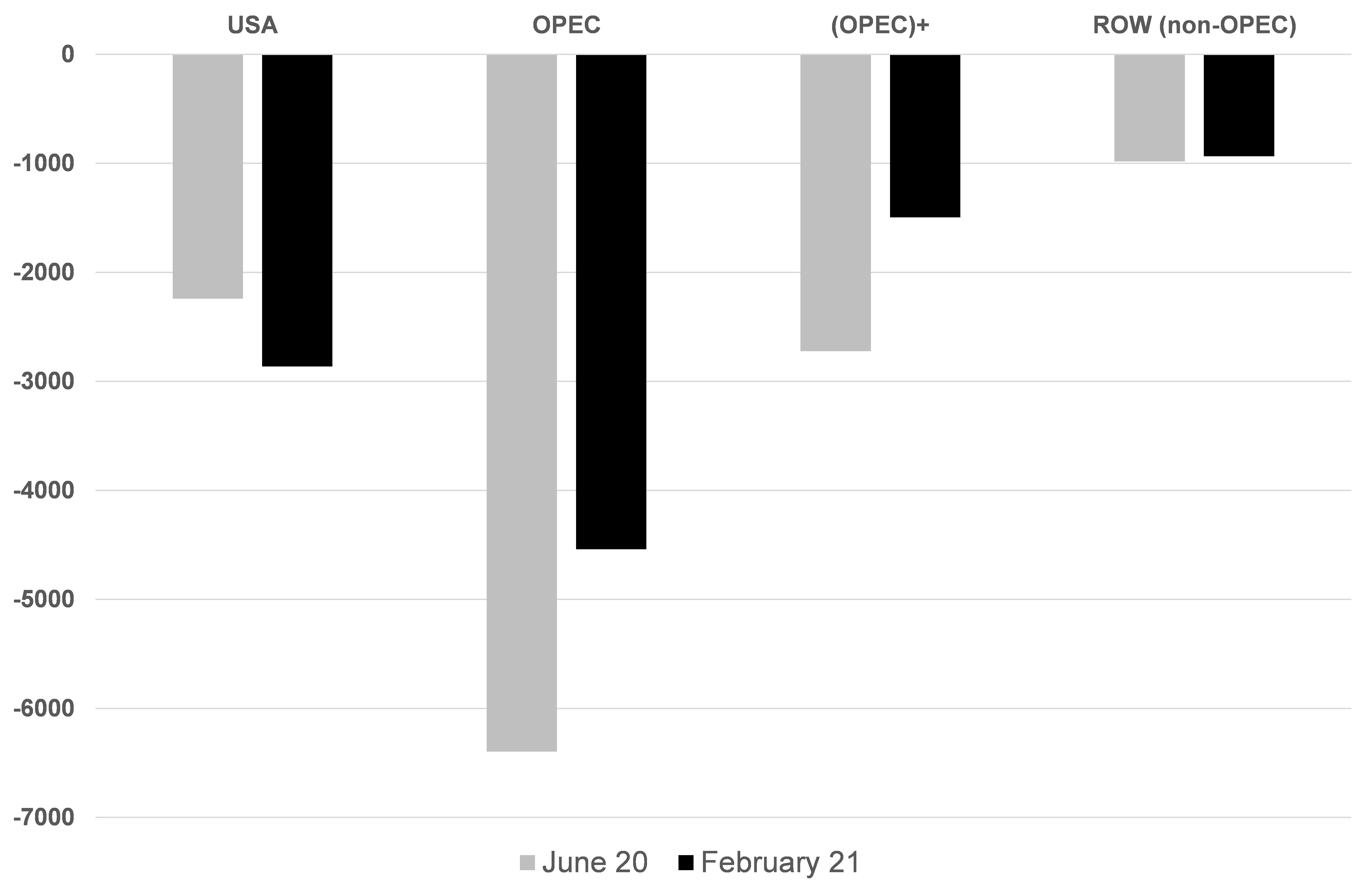 The important part for future production is that we make a clear distinction between those three supply sources (counting OPEC and the + states as one source). There are very different reasons for why production is down from each source and more importantly, what the long term prospects are.

In the second part of this report, we will discuss the prospects of each source in detail and show that the pandemic, and the ensuing price crash, have accelerate a process where global production will hardly be able to grow. At the same time, demand will not peak as quickly as people believe. This has the potential for a massive supply shortfall in the medium term.

[1] As we have explained before, we use the 5-year forward Brent price as a proxy for the markets long term expectations for oil prices

The views and opinions expressed in this article are those of the author(s) and do not reflect those of Goldmoney or Menē, unless expressly stated. Please note that neither Goldmoney, Menē, nor any of its representatives provide financial, legal, tax, investment, or other advice. Such advice should be sought from an independent regulated person or body who is suitably qualified to do so. Any information provided in this article is provided solely as general market commentary and does not constitute advice. Neither Goldmoney nor Menē will accept liability for any loss or damage, which may arise directly or indirectly from your use of or reliance on such information. Goldmoney is a shareholder of Menē, the author a director and shareholder of Goldmoney, and has, therefore, an indirect interest in Menē.