Goldmoney has recently backed a new venture, Menē. Menē manufactures and retails gold and platinum jewellery at prices tied to market values for the physical metal, with a buy-back option, again linked to the market price. The objective is to re-establish the link between the use of precious metals as money and as a medium of exchange. (Please refer to the disclosure note at the end of this article.)

Westerners in the developed world have mostly forgotten the linkage, but this is only in relatively modern times. Nor was this some passing fancy of the Eurasian continent, where gold and silver’s usage as money is as old as any recorded civilisation.

The durability of gold is truly remarkable. It is worth visiting the Cairo Museum just to see gold artefacts wrought over 3,000 years ago, looking so fresh they could have left the goldsmith’s studio yesterday. The death mask of Tutankhamun is simply breath-taking.i 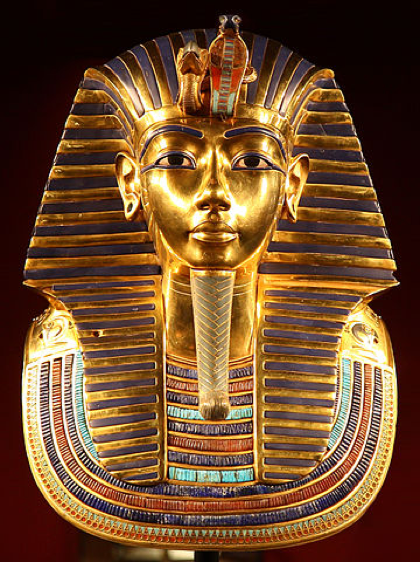 It wasn’t only the Egyptians. The link between gold and value was evident in the art of nearly all European civilisations, many of which had little contact with the others. The existence of gold and silver coins and artefacts from Greece, Rome, and even the Celtic tribes is common knowledge. The great torc of Snettisham was made over 2,000 years ago, and can be seen in the British Museum, looking as fresh as the day it was wrought in Celtic Britain.ii 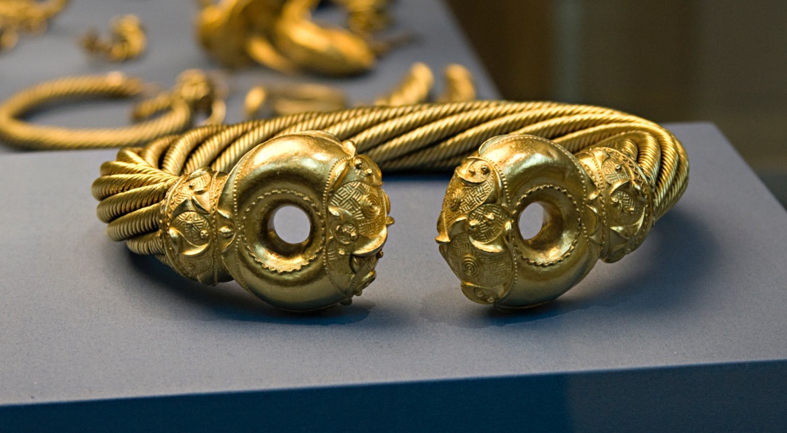 A thousand years later, the Anglo-Saxons continued the tradition, exemplified in the Alfred Jewel, which can be seen in the Ashmolean Museum in Oxford.iii 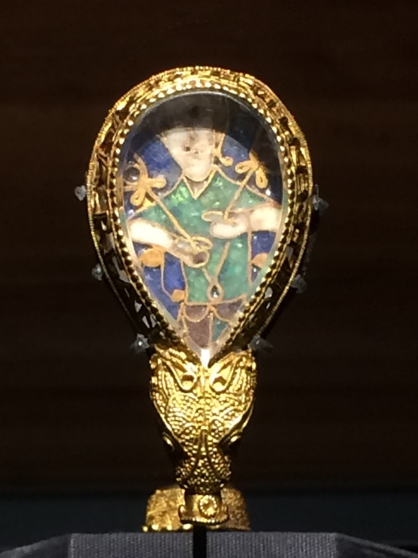 And finally, the most exquisite of all gold workmanship in this millennium is probably the work of the house of Carl Fabergé a little over 100 years ago.iv 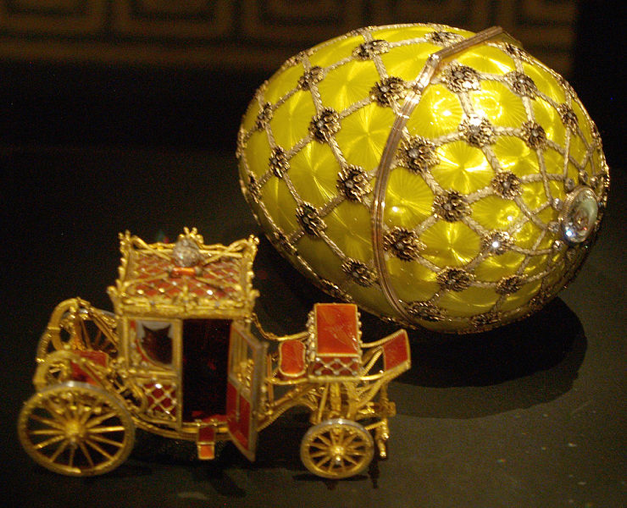 It is true there’s no direct link between these valuable objects and gold as money, but that’s a reflection of rarity and the enormous artistic content. Furthermore, there have been times when gold as money was suppressed by coin clipping, debasement, or the issue of unbacked notes. And after the industrial revolution in Europe and America, the new middle class bought gold items which were themselves debased. Jewellers and other manufacturers sustained margins by offering gold in 9 and 14 karat form, making it affordable for the new middle classes.

Asians were not so easily duped. For them, the link between money and gold remained throughout. As recently as the 1960s, Maria Theresa silver thalers were circulating as money in the Middle East. Gold has always been money throughout Asia, and attempts by governments to impose fiat currencies on their peoples never overcame the link between gold, ornamentation and money.

To this day, currency cash is used for settling day-to-day transactions, and gold for the money that retains its value. A rapidly depreciating currency, in a country where there are large numbers of people without bank accounts, requires gold to finance what we would describe as capital projects. In Indonesia, there’s a thriving community of pawnshops, which takes in gold as collateral for small businesses, many of which are unbanked.

The accumulation of gold jewellery for Asians forms the core of a family’s savings. In India, the gold price has gone from 170 rupees in 1969 to 82,500 today. No other store of value has protected family wealth as effectively. Gold is added to at festivals, weddings, and births. Interestingly, it means women exercise a high degree of control over their family’s savings. But again, as in Indonesia, gold in India is used as collateral to acquire the things a family needs: working capital for farmers buying seed corn, or shopkeepers expanding their businesses.

The close connection between jewellery and money is facilitated by keeping the cost of producing items in pure gold as low as possible. The substantial mark-ups enjoyed by luxury brands in the West have no place in India. The practice of reducing gold content to as low as 14 or 9 karats corrupts the relationship as well, and often moves gold from being untaxed as bullion, into a category of being taxed as luxury goods.

Yet, that human desire to be able to use gold as both money and ornament, as all history has shown, is in us all. To reactivate it, Goldmoney has been instrumental in establishing a new company, Menē. According to Menē’s website, Menē is an ancient Aramaic word for a quantity of gold believed to have been the equivalent of 567 grams of pure gold, and “is the first written word for money in the Codes of Hammurabi and Ur-Nammu, some 4,000 years ago.”

The link between the long history of gold, Man and modern jewellery being linked to gold’s monetary value is deliberate. But as well as the link to gold’s long history, Menē’s designs are contemporary. One of the two co-founders is Diana Picasso, grand-daughter of Pablo, and she serves as Chief Artistic Officer. Diana is a well-known art historian specialising in modern art and sculpture. Chief Design Officer is Sunjoo Moon, who has long experience as a European-trained designer working for well-known luxury brands.

The views and opinions expressed in this article are those of the author(s) and do not reflect those of Goldmoney or Menē, unless expressly stated. Please note that neither Goldmoney, Menē, nor any of its representatives provide financial, legal, tax, investment, or other advice. Such advice should be sought from an independent regulated person or body who is suitably qualified to do so. Any information provided in this article is provided solely as general market commentary and does not constitute advice. Neither Goldmoney nor Menē will accept liability for any loss or damage, which may arise directly or indirectly from your use of or reliance on such information. Goldmoney is a major shareholder of Menē, the author a long-term shareholder of Goldmoney, and has, therefore, an indirect interest in Menē.