Some stability returned to precious metals this week, with gold rising $14 from $1,564 at last Friday’s low to Friday morning, London time, and silver rising $0.65 from $28.

Predictably – on the back of recent falls in precious metal prices – technical analysts, who are basically trend-followers, have turned bearish.

An examination of market action tells a different story. Recent price weakness has allowed the bullion banks to reduce their short positions significantly. So here is a rhetorical question: do you back the bullion banks’ judgement in closing their bears, or that of the trend-followers? A hint: the bullion banks control prices and have larger resources than any other players in the paper markets. Hint number two: technical analysts do not usually make a living out of trading on their own skills, but charging fees for their advice.

Chasing trends in precious metals is often a mug’s game, used by the bullion banks to their advantage. The chart below shows how some of the mugs have taken extreme bets on a falling gold price. 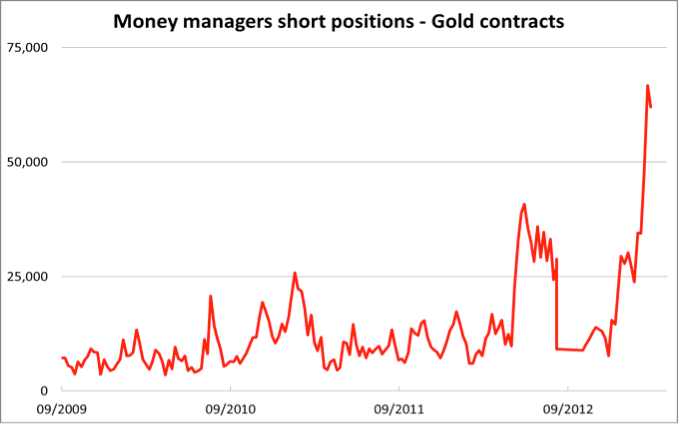 Never have the money managers (who are mostly hedge fund managers) become so convinced that gold is about to fall heavily. The last time they were excessively short was in May 2012, after gold had fallen from $1,800 three months earlier. Having gone short, the price then rallied back to $1,800 last October, at which point they had cut their shorts back to the long-term average. This time round they are short twice as much.

As a contrary indicator, the short position of these trend-chasing money-managers has had a perfect track record, and therefore its current signal is that gold is due to rise strongly, as they must buy back these positions, amounting to 193 tonnes between 49 managed funds.

An up-to-date chart on the bullion banks’ positions will only be available late tonight with the Bank Participation Report. Meanwhile, the chart below of the Producers and Merchants shorts, which includes the bullion banks as well as genuine bullion suppliers, confirms they have reduced their short positions to the lowest level for the last three years. They too are vulnerable to a bear squeeze, which is probably why they are reducing their shorts, but at least they have access to some physical bullion to deliver over time. 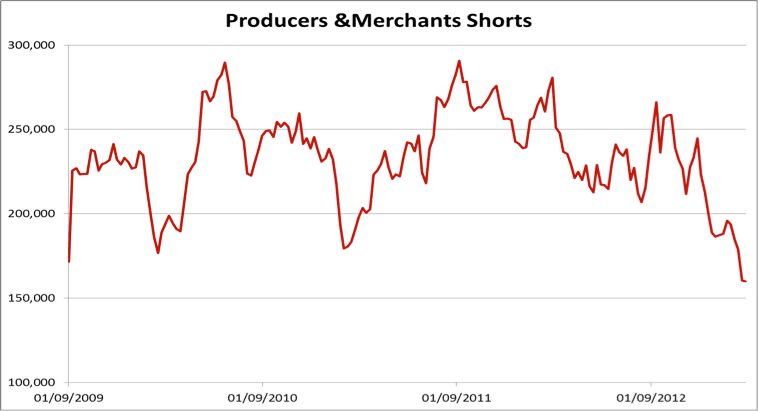 Meanwhile, in the physical markets central banks are using the opportunity to accumulate more gold, with South Korea, Russia and Kazakhstan buying 33.7 tonnes between them.

If the managed funds start closing their futures positions, the bullion banks are likely to mark up prices to protect themselves. And if open interest falls or remains broadly stable on rising prices, it will indicate the bear squeeze against the managed funds is taking place.

Next week is exceptionally quiet for economic statistics, with nothing worth mentioning for Monday. The other days are as follows.