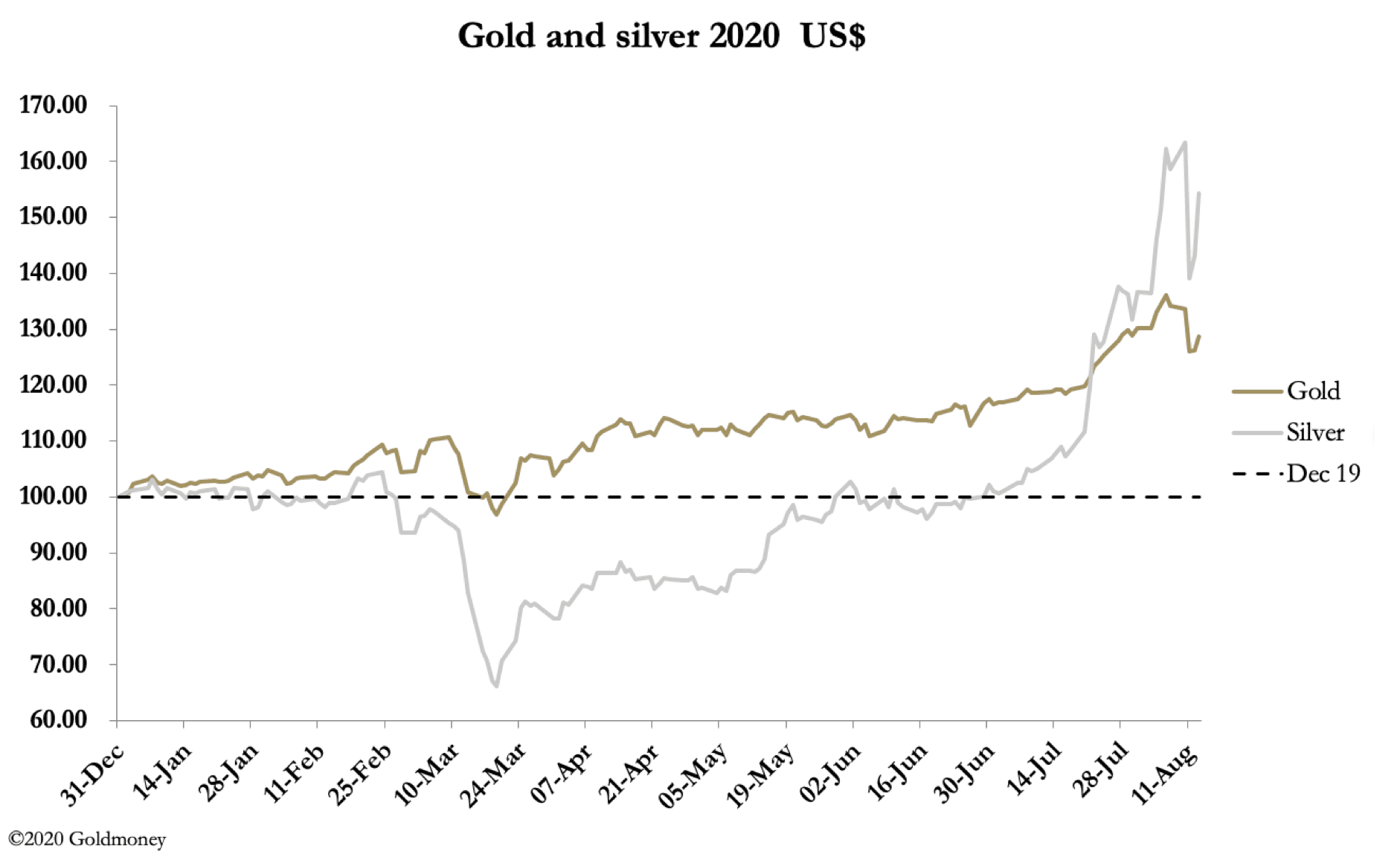 As our headline chart illustrates, gold and silver suffered sharp falls this week, though in yesterday’s trading (Thursday) prices staged a partial recovery. In morning trade in Europe today, gold was trading at $1947, down $87, having hit a low point of $1864 on Wednesday. Over the same time frame, silver is at $26.65, down $2.18 on the week, having seen a low of $23.40, also on Wednesday.

The underlying problem is lack of liquidity in London. The rapid expansion of physical ETFs has driven the market into emergency measures, with the GLD ETF reporting the Bank of England as sub-custodian to the tune of 70 tonnes, which can only be leased gold from a central bank’s earmarked account. The table below gives an approximation of the problem. 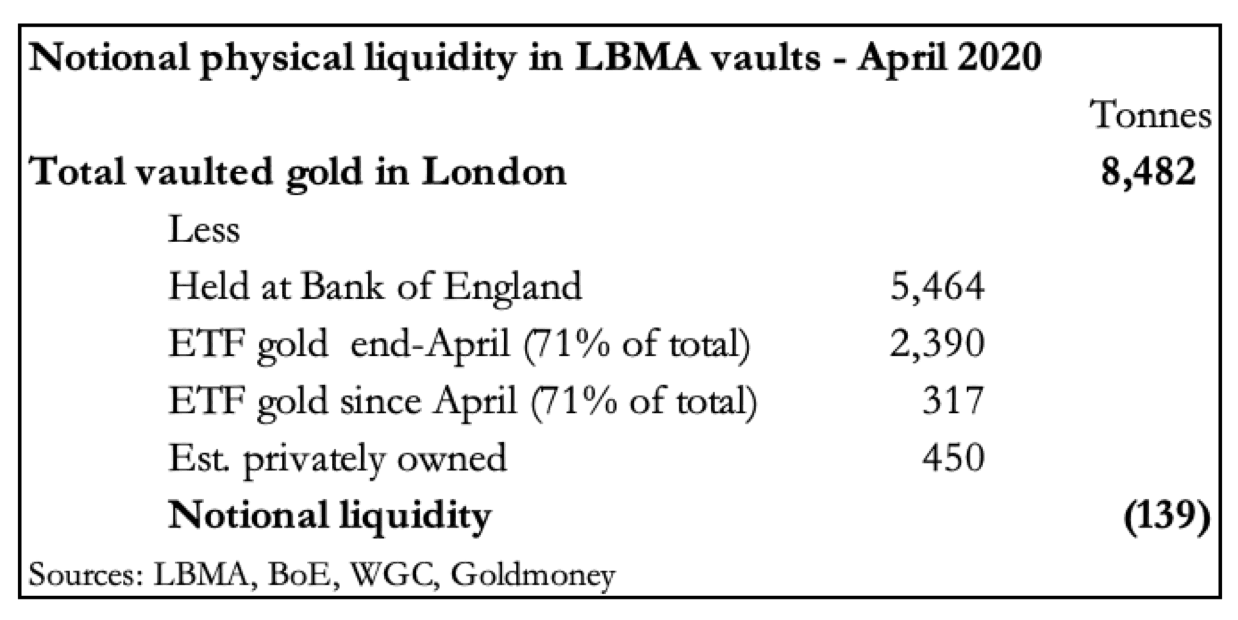 There are some assumptions, but they illustrate the effect of increasing ETF demand, and remind us that privately owned gold in independent LBMA vaults, which is almost certainly increasing in quantity, must also be subtracted from vault figures. Any shortfall in physical for trading purposes has to be supplied by leasing, always from central banks’ earmarked accounts at the Bank of England. But as a stopgap, leasing is very dangerous because ownership of gold remains with the lessor. The 70 tonnes in the BoE’s vaults are not the property of GLD, and its only function is to balance the books.

The position on Comex seems to have improved slightly, from the bullion banks’ point of view, illustrated in the next table.

The swaps (bullion banks) have swung a total of 9,147 contracts away from their net short position, while the Producers/Merchants have increased theirs by 7,115 contracts.

The interesting change in the speculative category is in Managed Money (hedge funds). At net shorts of 113,472 their position is effectively neutral — their long-term average position being about 111,000 contracts net long. Yet here we have a gold price which has been rising strongly and they have missed out. Furthermore, they collectively decided it is too high and reduced their net longs by 3,664 contracts.

This is important, because technical analysts have been claiming gold is overdue a significant correction with their relative strength indicators heavily overbought. Yet Managed Money, the category that normally drives overbought conditions is far from bullish.

It suggests that the shakeout in the gold price this week, coupled with the bullion position in London, should be grasped as a buying opportunity. It will be interesting to see the extent to which this thesis is confirmed by the Commitment of Traders report for last Tuesday, due to be released after market hours tonight.

Silver’s volatility is also the consequence of a lack of available bullion. Since end-June, the SLV ETF’s stock of silver bullion has increased by over 83 million ounces (2,582 tonnes) to 581 million ounces. This is roughly half total silver vaulted in London, the balance being overwhelmingly industrial stocks not available for sale. Unless this situation changes, it is hard to see the silver price declining.