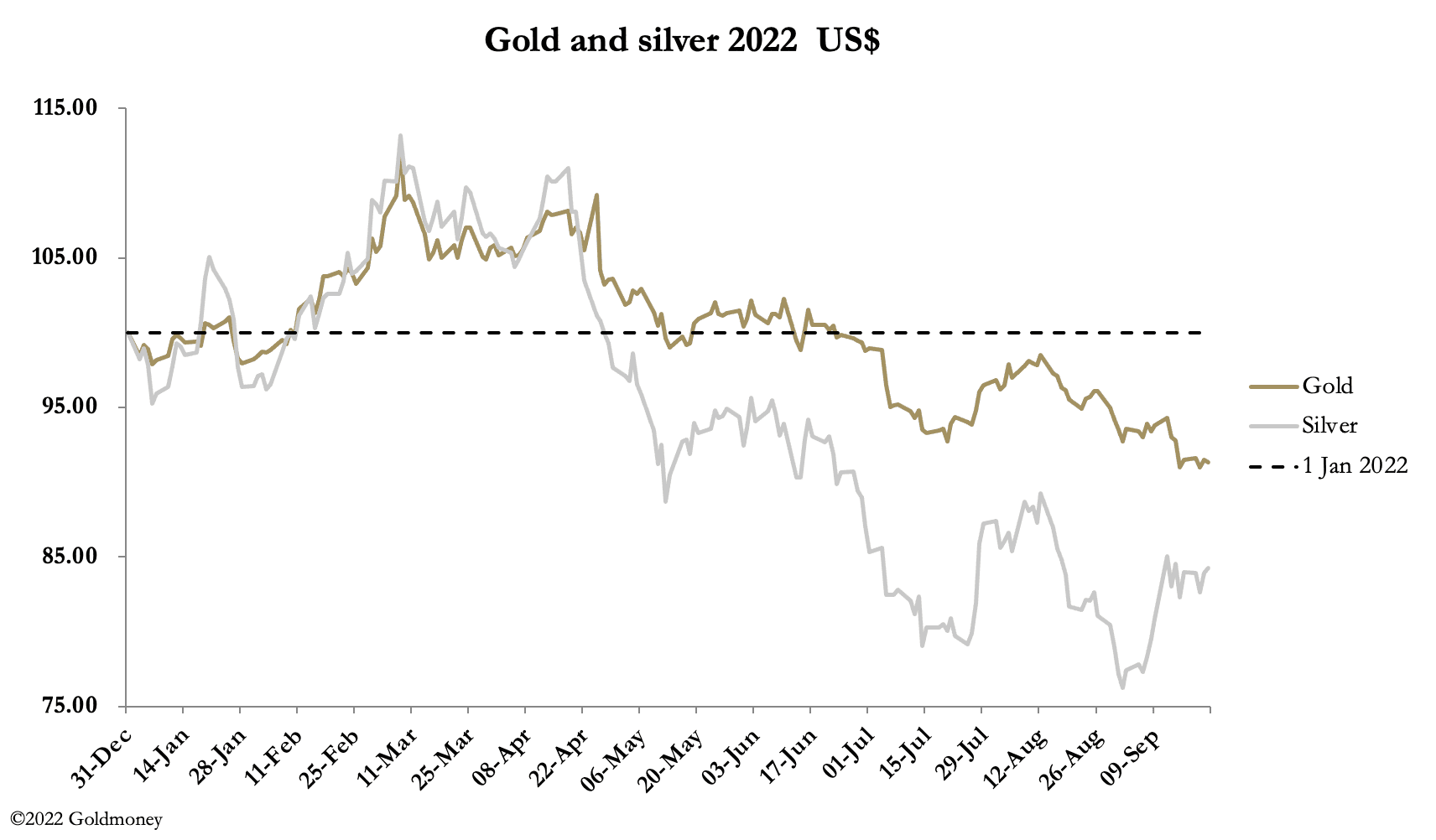 Gold and silver consolidated this week against a background of a rising dollar on the foreign exchanges. In Europe this morning, gold traded at $1661, down $12 from last Friday’s close, and silver at $19.40 was down 14 cents on the week.

As our headline chart shows, silver is up 10% since 1 September. Silver is extremely oversold in illiquid conditions, illustrated by our next chart.

The level of open interest is probably the best indicator of market sentiment. At under 132,000 contracts it is as oversold as it was in early May 2020, just before the price rocketed higher from under $15, doubling in only three months.

Being a far larger and more liquid market, the position in gold is less obviously oversold, as our next chart suggests.

Nevertheless, we can see that open interest refuses to fall below the 450,000-contract level, which suggests that a rally from here is a high probability, potentially taking out all-time highs.

This price resilience is in the face of severe weakness in the yen, euro, pound, and yuan. It is reflected in the dollar’s trade weighted index, which continues to power ahead. 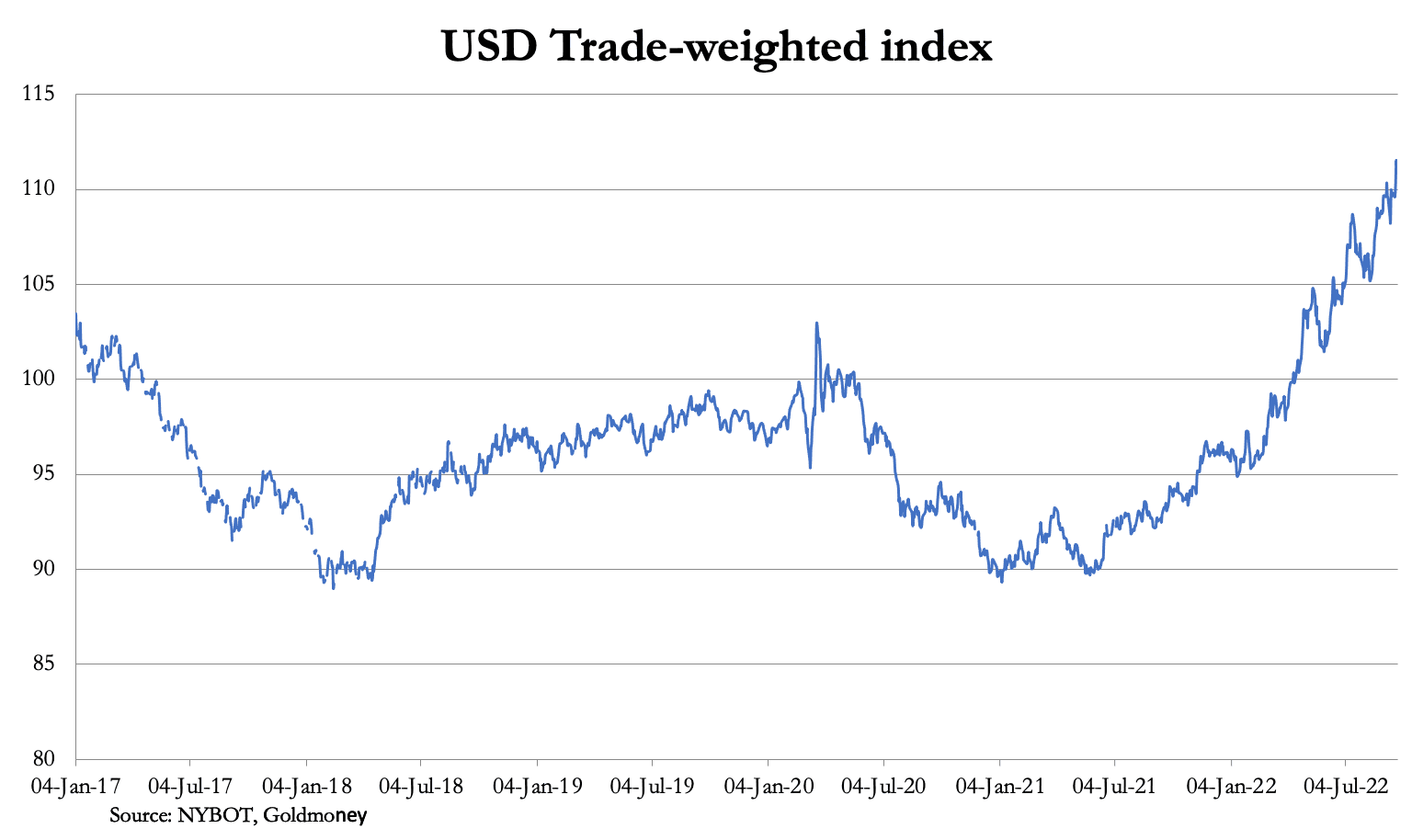 Undoubtedly, there are very good reasons to get out of the other currencies and into dollars. But the dollar’s overbought condition must be extreme, exposing it to sudden and sharp bear squeezes. Together with the deeply oversold position for gold and silver, undoubtedly mirrored in a raft of commodities and energy contracts, we can see how traders might become very badly wrong-footed.

There are other developments worthy of attention — this time in Russia. Russia is about to oversee referendums in the Russian-speaking East Ukraine provinces, asking citizens if they want to cede to Russia. Assuming they agree, Russia’s border marches westwards, and in the absence of a ceasefire, the Ukrainians supported by NATO will be attacking Russia directly. It would be an escalation into a direct conflict between Russia and NATO.

Putin probably expects an uneasy ceasefire to follow. Meanwhile, his attention appears to be already turning to monetary and financial matters, centred on gold. Together with the Russian Central Bank’s reserves, Russia’s state fund and its National Wealth Fund are believed to hold about 12,000 tonnes of gold. Steps have been taken to “mobilise” the non-reserve gold. This is not for emergency war funding as some commentators think, but more likely to be so that they can be included in central bank reserves. Russia could then declare the largest monetary gold reserves in the world.

Together with the recently announced Moscow gold standard and plans for a new trade settlement currency to replace the dollar, enhanced gold reserves will provide support a new gold standard for cross-border trade. It would replace payments to Russia for energy in weak Asian currencies, and probably force China to declare its true gold reserves as well.

If this is Putin’s plan, the consequences for Western fiat currencies are likely to be devastating — suffering the financial equivalent of a nuclear attack.