We now have an explanation for Gibson's paradox (posted here), a puzzle that has defeated mainstream economists from Fisher to Keynes and Friedman.

The best way to illustrate the puzzle is through two charts, the first showing empirical evidence that interest rates correlate with the price level. 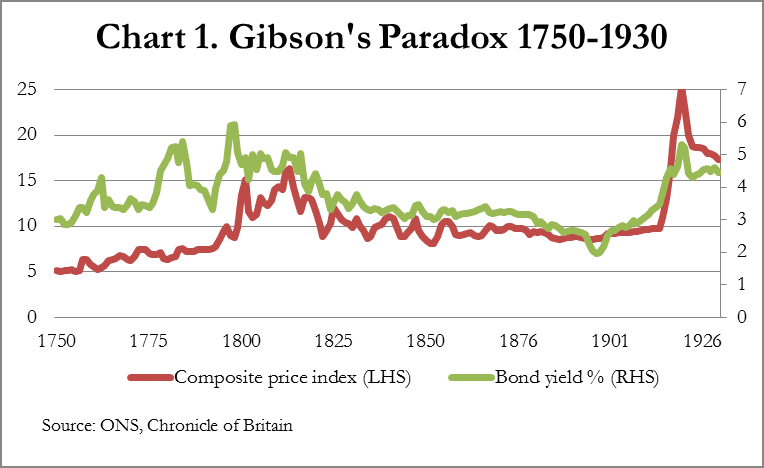 And the second, showing no correlation between interest rates and the annual change in the price level, i.e. the rate of inflation. 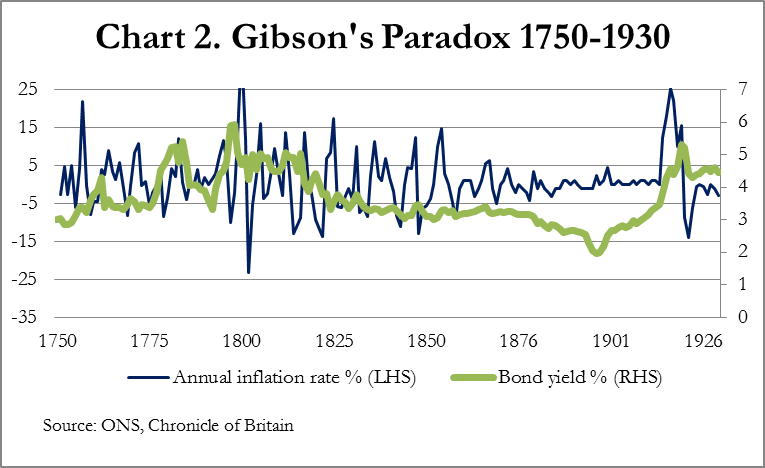 The solution to the puzzle is simple: in free markets, interest rates are set by the demands of investing businesses which at the margin will pay a rate of interest based on whether their product prices are rising or falling: hence the correlation.

The second chart shows that central bank policies, which seek to control prices by setting interest rates, have no theoretical justification behind them. They are the consequence of blindly accepting the quantity theory of money, upon which macroeconomics is based.

A mistake made by central bankers is to believe that the price of money is its interest rate, instead of the reciprocal of the price of the products for which it is exchanged. Interest rates are money's time preference, which in free markets broadly reflects the average time preference of all the individual goods bought with money. The problem with monetarism is that it ignores this temporal aspect of exchange.

It is worth bearing in mind that tomorrow's prices, and therefore the purchasing power of money, are wholly subjective, or put another way cannot be known in advance: if they were, we would be able to buy or sell something today in the certain knowledge of a profit tomorrow, which is obviously untrue. It therefore follows that the relative quantities of money and goods are not the key factors in determining price relationships. Far more important are consumer preferences for money against goods, which taken to an extreme can render the purchasing power of a currency to be worthless, irrespective of its quantity. This insight is necessary to put monetary theory into its proper context.

Through monetary policy the Bank of England has overridden free market relationships since the mid-1970s, the Gibson relationship being apparent in the 240 years up to then. Chart 3 continues where Chart 1 left off. 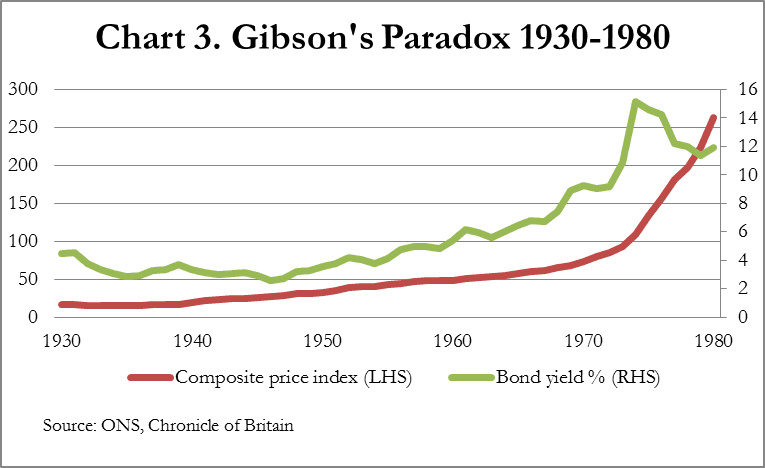 The relationship ended when the Bank of England raised interest rates to 17.1% in 1974 to stop the hyperinflation of prices. For the first time the BoE set interest rates higher than the rate would have been in free markets relative to price levels, and the Fed did the same thing five years later. Since then prices have continued to rise, albeit at a declining pace, and sterling has lost a further 88% of its purchasing power and the US dollar 76%. Since that time interest rate management by these central banks has continued to suppress the Gibson relationship, as we should now call it.

Monetary policy impairs the market between borrowers and savers. We see this today, with zero interest rates suppressing the relationship between savers and investing businesses creating an economic stasis. This brings us to a second error exposed by Gibson. The Fed is expected to raise interest rates from the zero bound in a few months' time in an attempt to return to some sort of normality.

A rising interest rate trend would, according to Gibson, encourage prices to rise towards and likely through the Fed's 2% target inflation rate. This is not how financial traders see it, nor does the Fed. They expect the exact opposite, believing that rising interest rates are bad for demand and commodity prices, which is why the decision has been deferred for so long.

The evidence tells us this view is mistaken and that rising interest rates will be accompanied by rising commodity prices. For example, between 1970 and 1980 gold rose from $36 to $800, and US interest rates from 9% to 17% as shown in Chart 4. 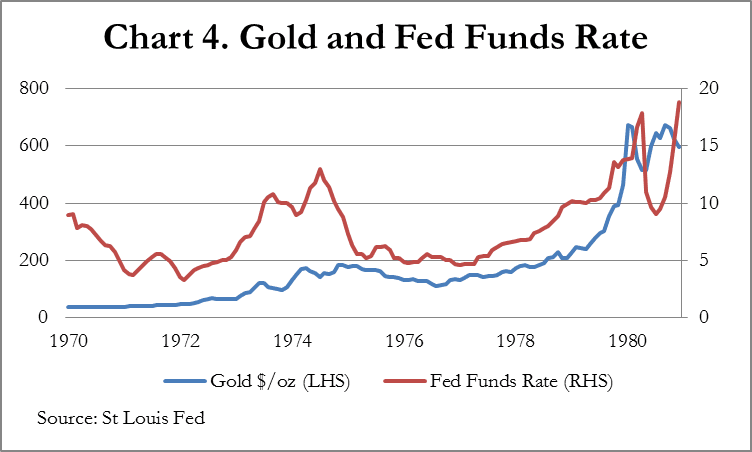 This is a slightly different point, but is graphically illustrates the mistake of thinking the price of anything can be suppressed through higher interest rates.