From paper reserves to gold reserves

In January of this year I published a piece on the “fair gold price” in order to demonstrate that, if one was to simply treat the gold of all international central banks as the world’s true, reserve currency – as history has held it as for over hundreds, if not thousands, of years – then a logical calculation would place the value of gold at an astonishing $10,617 an ounce. Compared to gold’s price of $1,675 back then, this was a significant revaluation.

The fair gold price can be calculated by the use of James Turk’s Gold Money Index formula:

As I attempted to explain in my January piece, there is nothing surprising about the formula: it compares the gold bullion reserves of the central banks with their foreign currency reserves.

I concluded by asking what would happen to the market/spot price of gold if central banks around the world started to slowly, or quickly, divert their foreign currency reserves – over $10 trillion's worth – into gold.

For example, whenever one country experienced a balance-of-payments deficit – a situation where it was importing more goods than exporting and, as a result, the supply of its currency was increasing and therefore depreciating in value – the central bank (or even the IMF) would intervene in the foreign exchange markets and use “stronger” currencies from its foreign reserves in order to purchase the “weaker” currency at a fixed rate (usually above market value) in order to try and stabilise the exchange rate and increase the value of its currency.

For proponents of the Bretton Woods system, this type of arrangement was ingenious. For those with more commonsense, economic literacy, and foresight – like the New York Times’ reporter, Henry Hazlitt – this policy was illogical and unsustainable:

“It is obvious that such a plan could maintain even the outward appearance of success only for a short time. It is possible, of course, to keep a valueless currency at any arbitrarily chosen     level by a commitment to pay that price for it, just as it is possible to keep a worthless stock at $100 a share by buying at that price all of the stock that is offered for sale. But when the allotted resources of the buyer run out, the currency or the stock will immediately drop to its natural level, and the buyer will find himself holding just that much worthless paper. The plan becomes particularly unrealistic when each nation can turn out unlimited amounts of its own currency on its own printing presses-with the incentive, which it does not ordinarily have, of a buyer at a fixed price. It seems probable that the plan could only lead to a huge waste of funds and to a temporary world inflation with a subsequent collapse.”

Mr Hazlitt was right: It did collapse and, in 1971, the United States reneged on Bretton Woods and ceased redeeming dollars for gold. But this was not the end of central bank intervention in the foreign currency markets. In fact, it was just the beginning.

Is there an exit strategy for central banks and their foreign currency reserves?

In an article titled, “Do Industrialized Countries Hold the Right Foreign Exchange Reserves?”, published by The Federal Reserve Bank of New York in its Current Issues in Economics and Finance newsletter, the authors focus on primarily two things: 1) the recent and unprecedented amount of foreign currency reserves that central banks have accumulated and 2) how central banks are going to handle – possibly unwind – said reserves from their accounts without disrupting monetary policy and/or economic stability.

In regard to the first point, see the chart below. It clearly shows that central banks across the world are flush with trillions in foreign currency reserves. 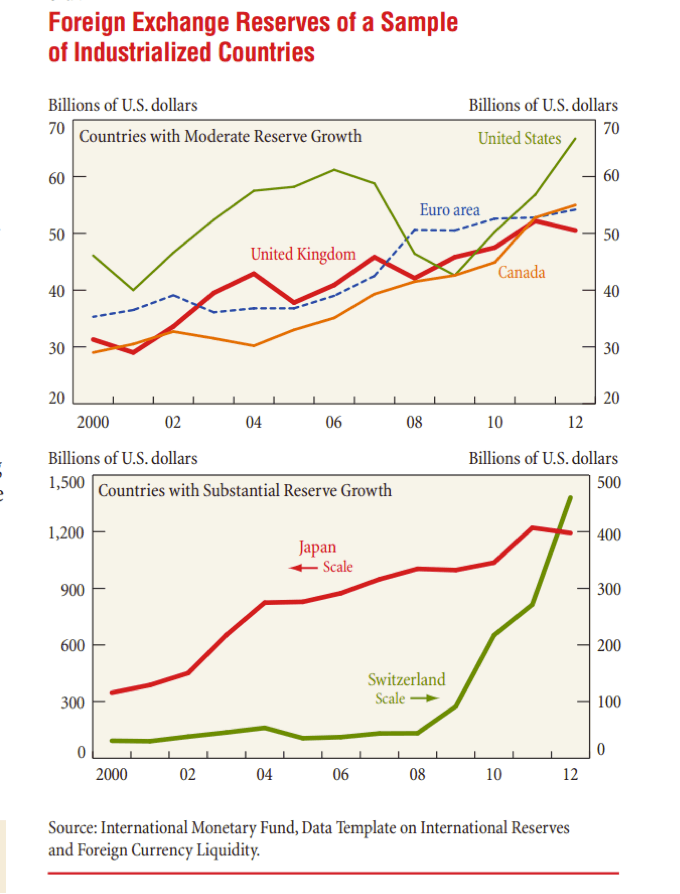 In regard to the second and most important point of the article, about how central banks can try and unwind their foreign currency reserves without disrupting the market, the article only has this to say:

“Central banks that acquire a large stock of reserves through foreign exchange interventions . . . face another, longer-term issue. Once reserve balances become high, the central bank may need to identify an exit strategy.”

Forgive me for spoiling the ending, but an “exit strategy” was never fully articulated in the article. But that should be of no real surprise; when it comes to the Federal Reserve’s “exit strategy” for its current $85 billion-a-month diet of mortgage-backed securities (MBS) and US Treasuries, not to mention its previous $2.7 trillion-worth of US Treasury purchases, there can be no exit strategy. And it will be the same with the foreign currency interventions: there will be no exit.

From paper reserves to gold reserves

The only real exit strategy for any central bank is to switch its foreign currency reserves – which are fiat paper dollars – into real reserves: gold. (Let us see what this would do to the price of gold). 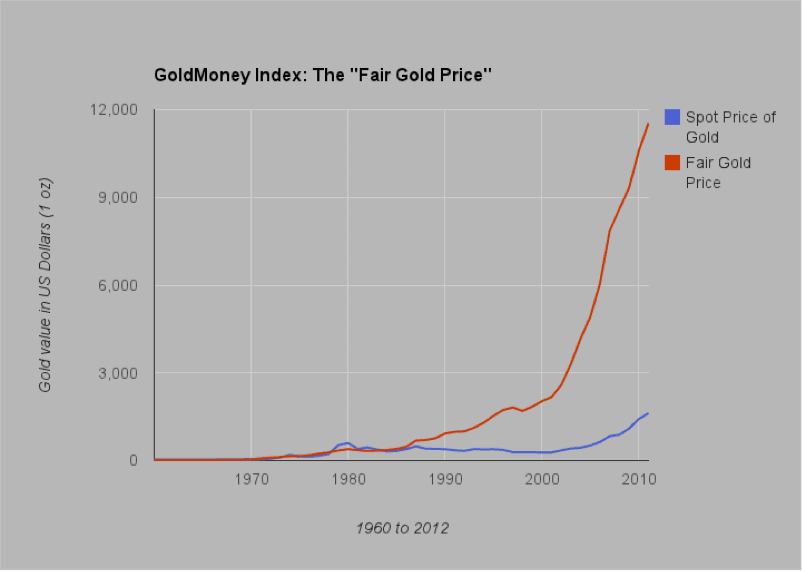 Market intervention (otherwise known as manipulation) is the prerogative of central banks. Whether it be intervention that aims at intentionally weakening a currency or intervention that supports a currency above market value, “the true forces of supply and demand be damned” is the philosophy and practice of central banking. But such a philosophy cannot last. The market is stronger than any group that attempts to control it. Why? Because the market is not a single entity but a society of individual actors, working together peacefully, in order to achieve his or her ends by scarce but intentionally means.

Thus, acting individuals will at some point discern the intervention – that is, the manipulation of the supply and demand of the market – and react to protect him or herself.

If central banks are not careful, they too will lose the confidence of the market – that is, the people. And when that happens, not even all the foreign currency reserves in the world will save them. Only gold will.

That should be our exit strategy.