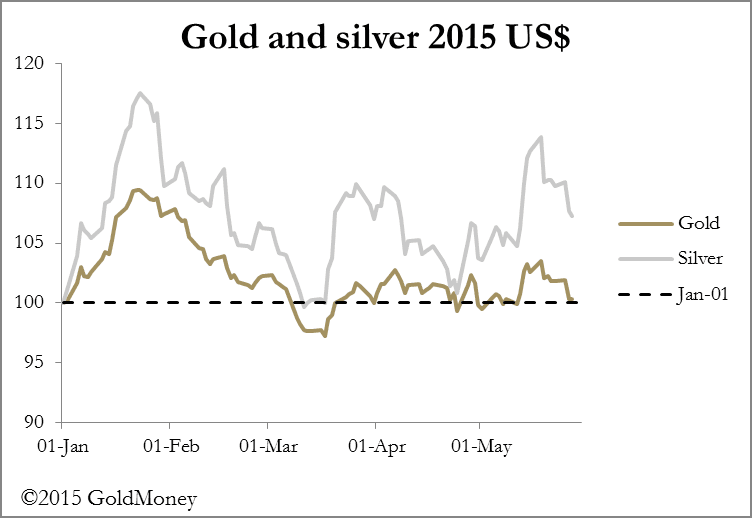 Markets this week have been all about renewed dollar strength, with precious metals side-lined. The only notable move was when gold lost $20 and silver 40c on Tuesday, following holidays in the US and UK on Monday.

The reason for the sudden fall was the dollar strengthened against the euro, which faces a possible Greek exit, and also the yen for unspecified reasons other than its recent consolidation looks to be over. In the case of the yen, the chart level of ¥123 was comprehensively taken out, clearing the way to a run north of €130 (note that a higher number is a weaker yen).

Last Tuesday's dollar strength pushed gold and silver lower through support levels at $1200 and $17 respectively; as if they didn't even exist. This may lead to further weakness because of the speculative build-up of positions expecting the support levels to hold. The next chart illustrates the position in silver futures contracts on Comex (the dotted line is the average net longs since 2006). 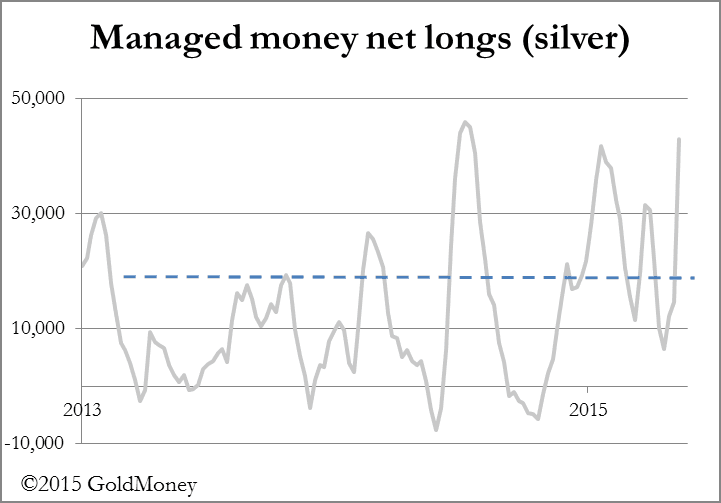 This market is now clearly overbought and vulnerable to a correction. However, it is not the whole story, because it appears that US imports of silver have accelerated in recent months, suggesting someone is building a physical position for unknown purposes. Nevertheless, if the dollar continues to strengthen against other currencies there would appear to be astrong possibility silver will weaken further. The position in gold is not as exposed as that of silver, and with Greece running up towards crunch-time in Euroland there is every reason for the longs to stay with it for the moment.

Our last chart is of gold priced in other currencies since the year-end. 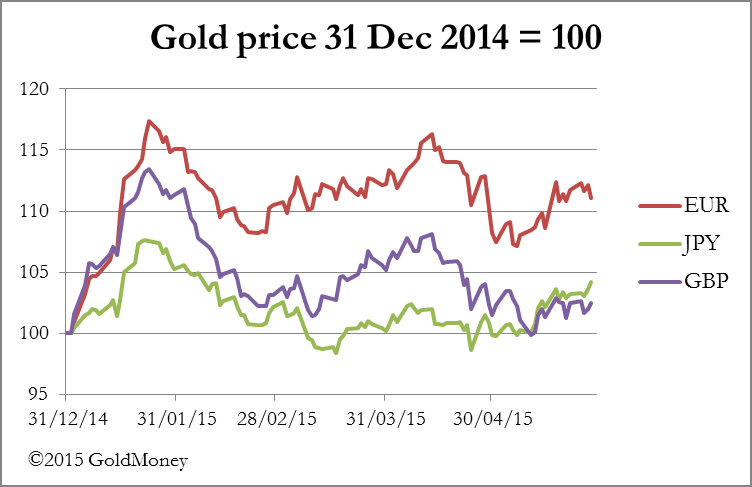 With gold up only 0.5% in US dollars on the year so far, it has risen 11% in euros, 4% in yen and 2.5% in sterling.
It emerged this week that China's gold mining industry is planning to set up a $16bn gold investment fund, which may invest some of its liquidity in physical gold or gold ETFs. This appears to be an initiative to increase China's domination of the industry on the Eurasian continent, feeding her state-owned refiners. This announcement, coupled with a statement by a senior Russian central banker that Russia is acquiring gold as a reserve asset "free of legal and political risk", points the way to the eventual reintroduction of gold as a stabilising factor for Pan-Asian trading currencies.