Comments on LBMA meeting in Lisbon 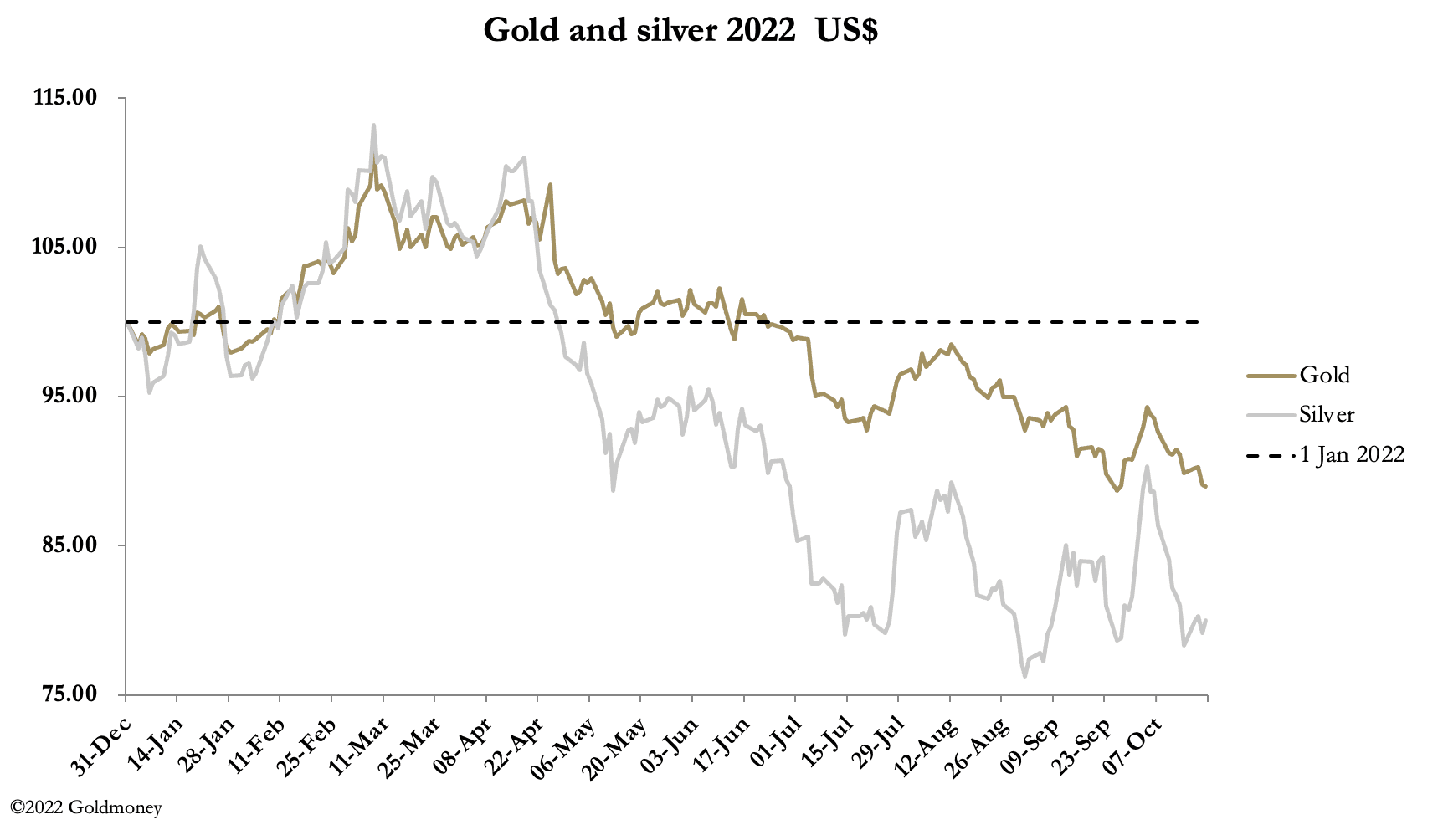 Gold eased further this week and silver marked time, as US Treasury yields moved higher. In European trade this morning, gold was $1625, down $19 from last Friday’s close, and silver was $18.34, up 11 cents. Comex volumes in gold were on the low side, while in silver they were moderate.

In Lisbon this week, at the LBMA conference Metals Focus launched its Precious Metals Investment Focus 2022/2023. It noted that the Fed’s interest rate policy was driving precious metal prices lower (with the exception of palladium). It expected dollar interest rates to continue to rise into next year but a hard landing would be avoided, and gold would remain rangebound until Q2 2023. It also forecast that “improving conditions should bolster investor risk appetite, which may encourage investors to rotate into equities rather than gold.”

The assumptions in the report must be challenged.

It is worth noting that so long as paper gold dominates trading activity, there is merit in Metals Focus’s forecasts. They are made on the assumption that higher dollar interest rates make gold a relatively unattractive investment. And while paper traders continue to invest/disinvest without taking delivery, the interest rate relationship between credit markets and paper gold is a logical conclusion.

When credit markets are stable, the bullion banks and hedge funds can trade with each other on this basis. The assumption that a “hard landing will be avoided” is essential to paper markets controlling the price. But as I have argued in mainstream articles for Goldmoney, we face financial and economic disruption from a change in the long-term interest rate trend and consequently a substantial reduction in the quantity of bank credit.

Far from the benign outlook described in the Focus, the outlook for gold and silver prices will have to contend with the following issues:

The Panglossian view of traders in the paper markets may have been appropriate in calmer times. But the last time we had a true inflation scare was in the 1970s, when gold rose from $35 to $850, while US prime rates rose from 4.5% in February 1972 to a record 21.5% in December 1980. So much for higher interest rates driving gold prices lower.

The trading members of the LBMA do not understand the economics of gold, that physical gold is money and not an investment. And that already, demand for bullion is outstripping supply. Increasingly, their paper games are running on vapour.