Comex trading in gold was remarkable, with open interest plunged 20,718 contracts on a rising price on Tuesday. Admittedly, by the close of business the price had come back under control, closing down $3 on the day. It is worth making two points. The first is that the squeeze was on some of the Swaps (bullion bank trading desks – more on this below) and the second is tonight’s Commitment of Traders’ report is for the close of play on Tuesday. Could there be an element of window dressing involved?

The problem is that the active June contract is running off the board, and presumably European bullion bank trading desks are under instructions to close their Comex positions and not roll them, because of the new Basel 3 regulations imposed upon them from end-June. It will be interesting to see if the number of Swaps traders on both longs and shorts have reduced from 18 May, the last recorded COT position.

The elimination of players in the Swaps category by Basel 3 regulations is a growing threat to Comex liquidity, leaving the shorts effectively trapped. Our next chart illustrates their dilemma. 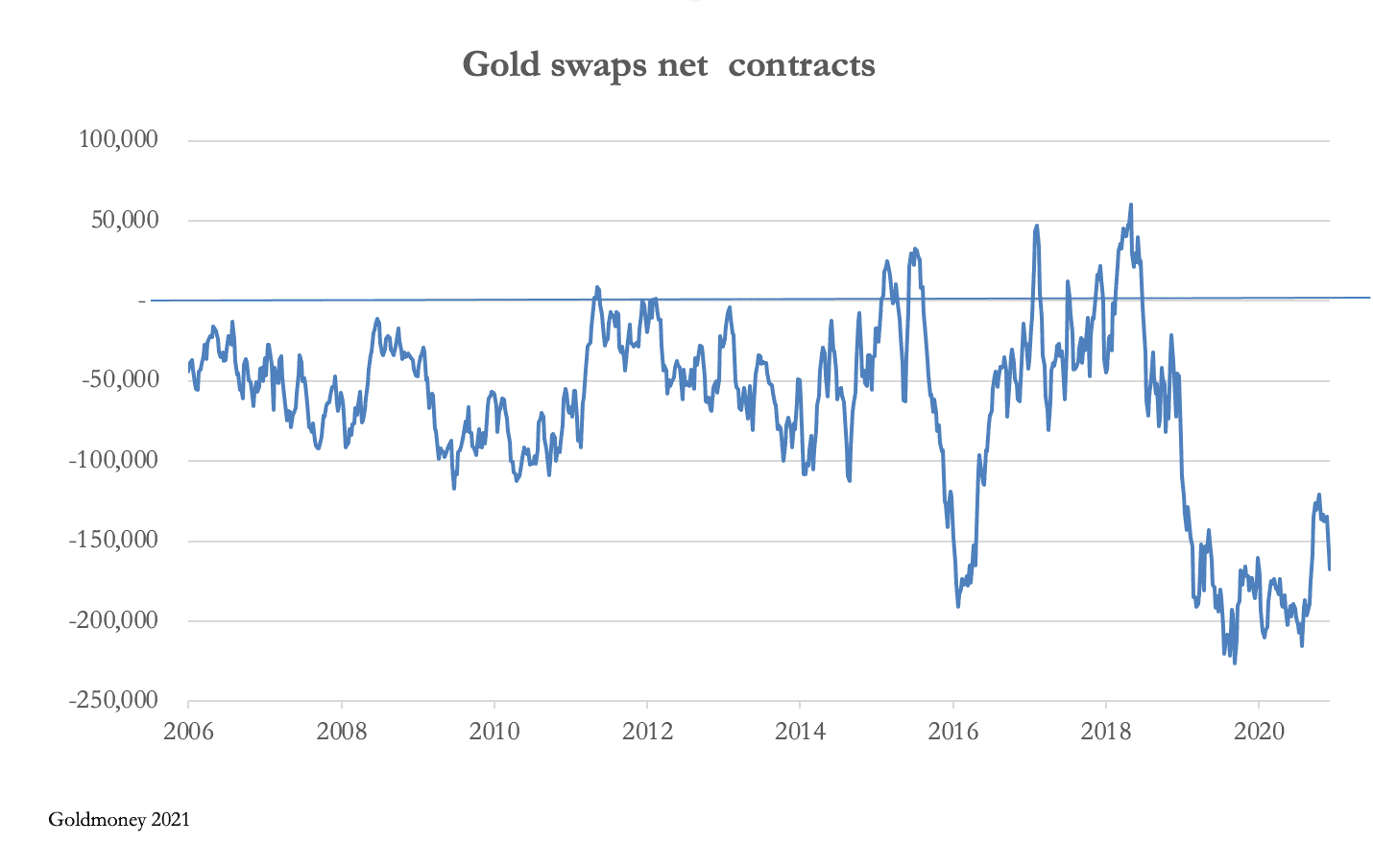 Instead of contracting, Swap’s net liabilities are increasing sharply, which explains a possible motivation last Tuesday to cover the evidence. The monetary value of these contracts, gross and net, are shown next. 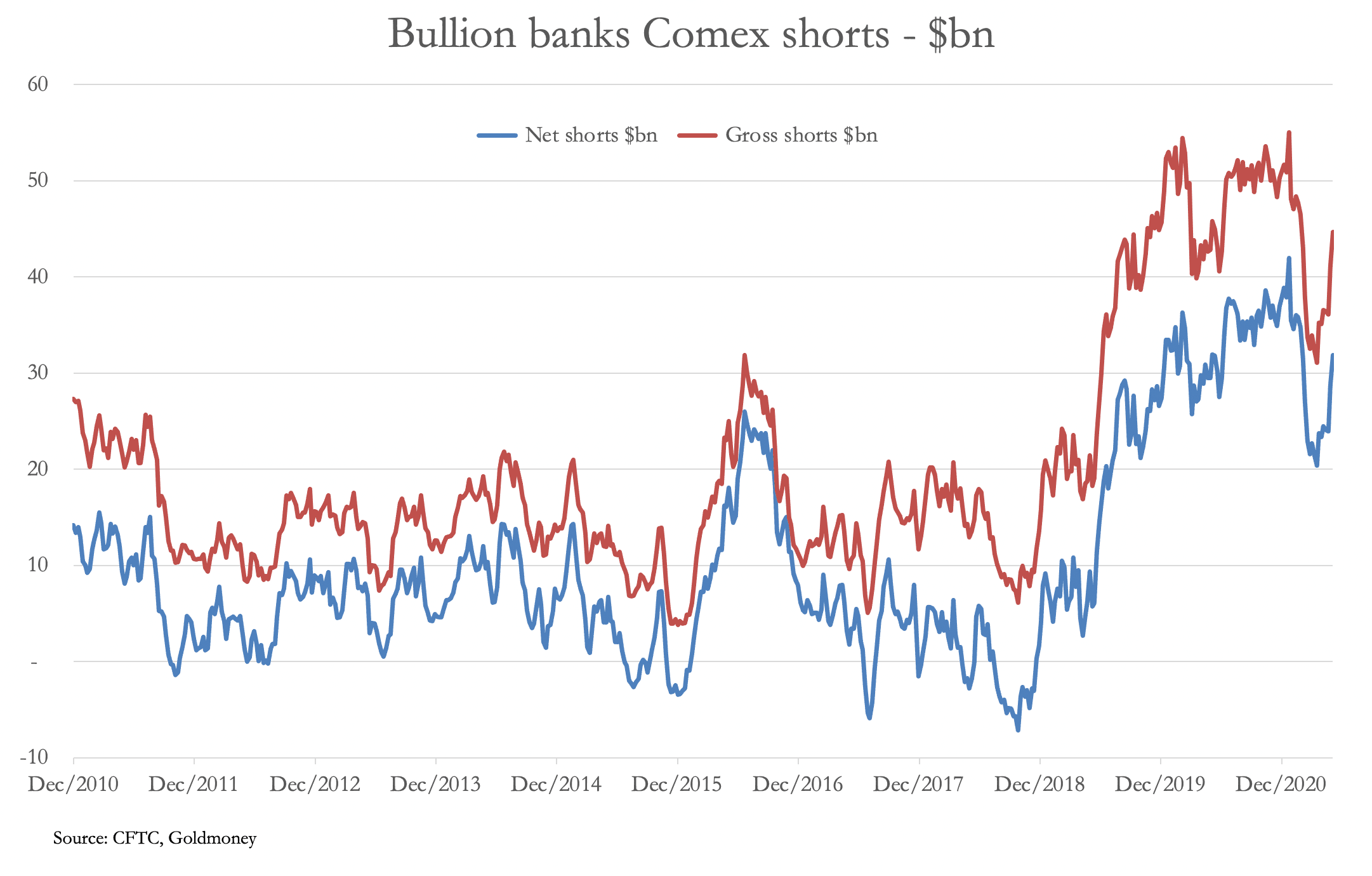 At $45bn gross shared by 26 traders, who are short, that’s an average of $1.73bn each. Assuming there is some variance from the average, some of these traders face even larger commitments in a rising market. Interestingly, there are 20 smaller Swaps registered as long for a value of $13bn, averaging $650 million. When looking at them as a group, we usually think in terms of a net position, when in fact the two groups have opposite interests. Perhaps we overlook the possibility that long Swaps must be tempted to put the squeeze on the shorts.

It could make for some interesting shenanigans in the coming weeks, particularly with a squeeze materialising in physical markets. Reuters reported yesterday that gold exports from Switzerland to China and India have picked up, with 40.2 tonnes sent to China in April — more than the previous 14 months combined, 10.1 tonnes to Hong Kong, the most since Jan 2020, and 56.4 tonnes to India.

Indian demand was lower than for March, but the revival in Chinese imports follows permissions granted to Chinese banks to increase import quotas. A point missed by commentators is that recent strength in the yuan made gold extra cheap while the bullion banks were supressing the price of paper gold in an attempt to balance their books.

And finally, President Biden revealed plans for $6 trillion government spending in fiscal 2022. He really has caught the inflation bug!