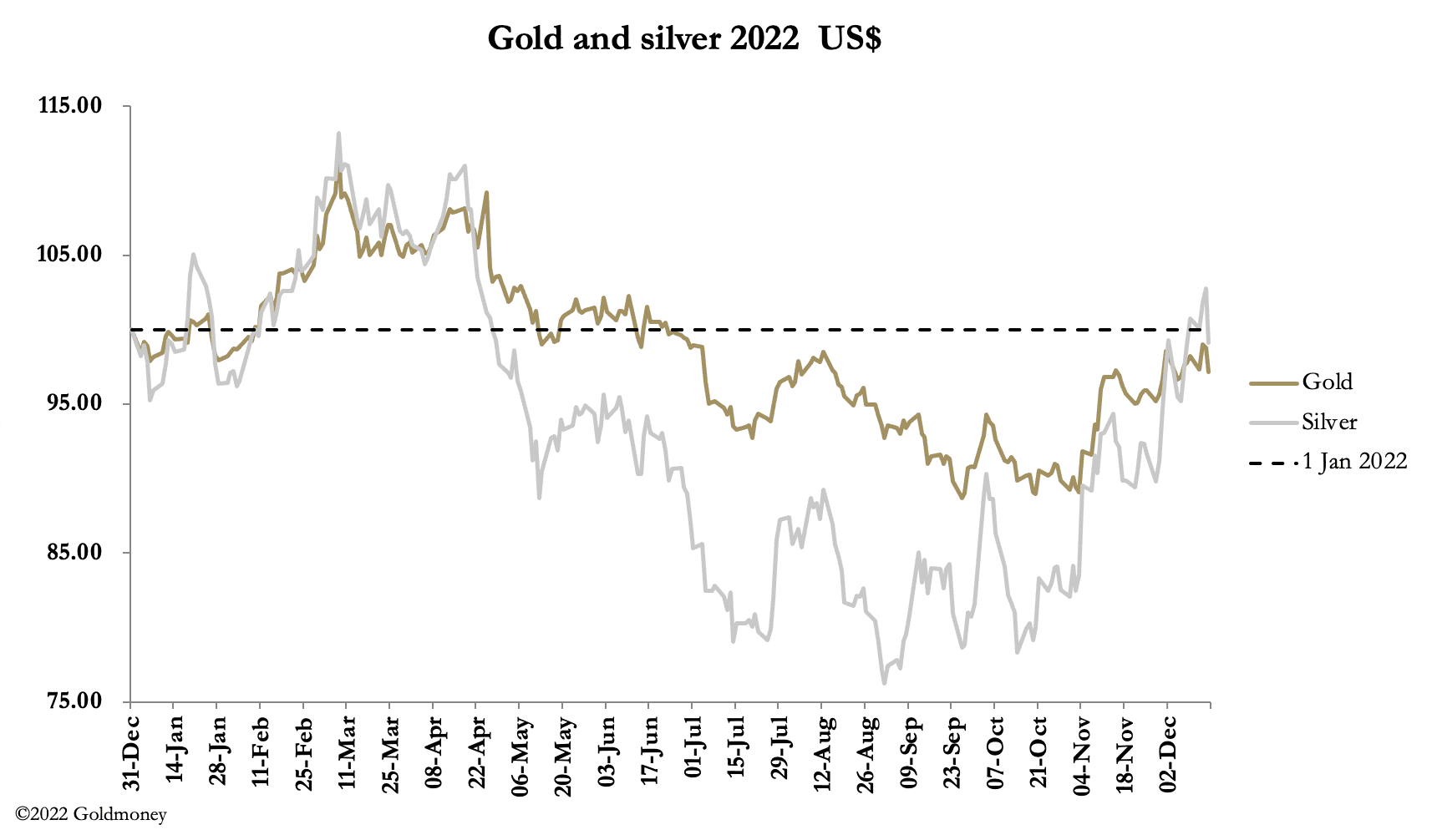 Gold and silver spiked higher this week before selling off after the Fed increased its funds rate by 0.5%, followed by the Bank of England and the ECB. From last Friday’s close, in early morning European trade gold was down $22 at $1775, having peaked at $1824 on Wednesday. Silver was trading at $22.60, down 85 cents on the week having traded as high as $24.12.

Open interest in both Comex contracts is still low, as the following two charts show.

They indicate how oversold the Comex paper market has become. And deliveries of physical are still draining underlying liquidity. This week alone, over 30 tonnes of gold have been stood for delivery, and 86 tonnes of silver. So commonplace have these deliveries become that it is easy to ignore what’s driving them. In a paper market where delivery was meant to be only a way of tying futures to the underlying physical on contract expiry, it is routinely being used to cover bullion shortages, indicating demand for both gold and silver has been exceeding mine and scrap supply for at least two years.

Drawdowns of vaulted bullion in London are also apparent from LBMA statistics. In 2023, it is likely that bullion migration out of the west’s paper system will accelerate, because new growth in China’s broad money statistics is early evidence of China’s economic recovery, leading to increasing industrial demand for silver. And Asia-wide determination to wean itself off the dollar is set to undermine the dollar/gold cross-rate as well.

But that is for consideration after the year end, when window dressing of financial positions often sets price levels. It suits the bullion banks to get prices down as low as possible, and the yearend often sees a sharp selloff for both metals.

Setting the scene has been an uptick in Managed Money interest on Comex, comprised of hedge funds closing shorts and entering renewed long positions. The next chart is of gold. 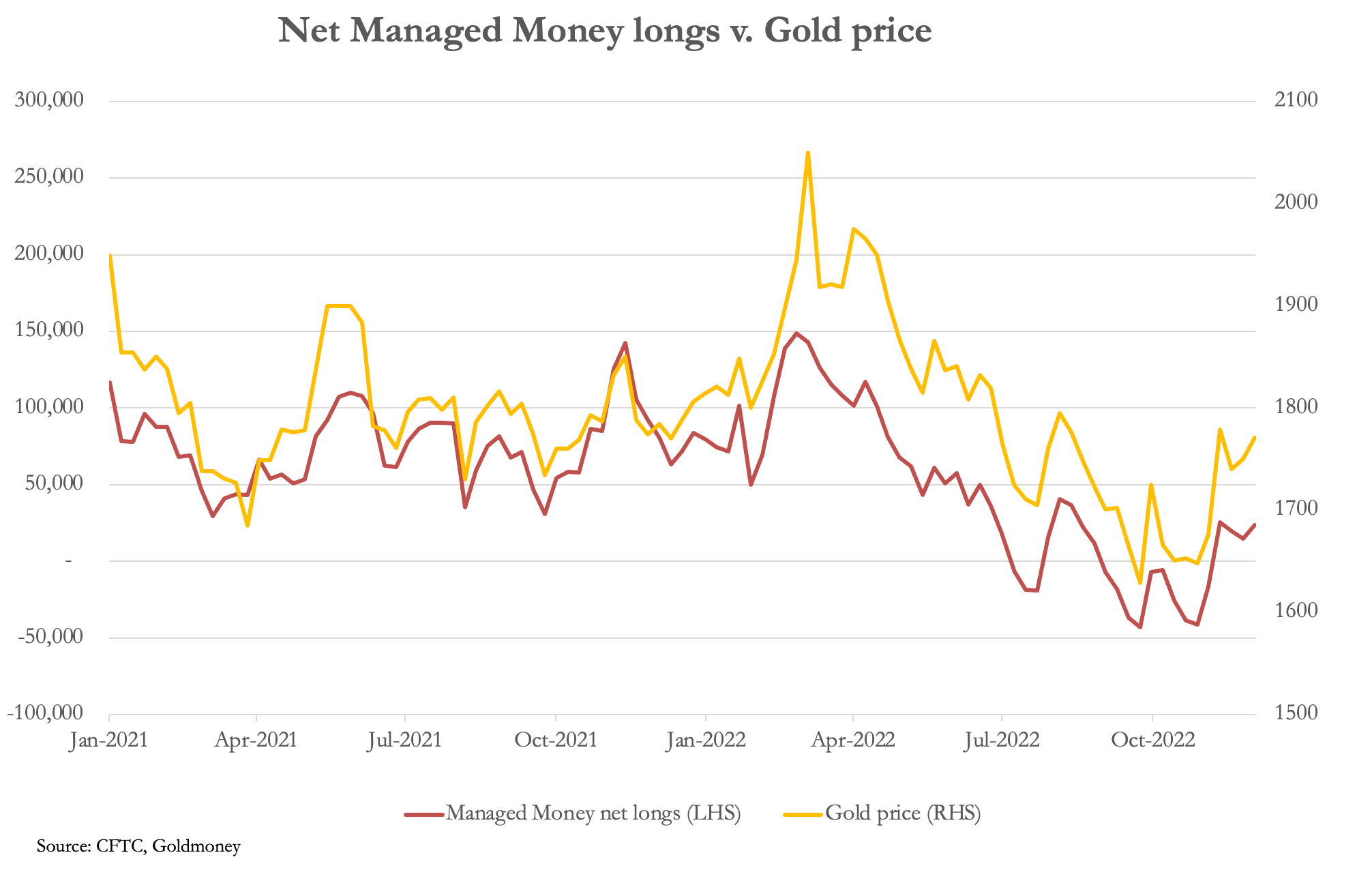 From a net short position of 43,000 contracts on 27 September, the Commitment of Traders report shows a swing to net long 23,487 contracts on 6 December (the last available number at the time of writing ­— update due tonight). That’s a turnaround of 66,500 contracts. And while this is still oversold for this contract category, there is some room for the Swaps to mount a bear raid.

At the same time, the sharp fall in the dollar’s trade weighted index could lead to a year-end rally as at the margin currency traders look to secure some short-term profits. The scope for such a bounce is illustrated in the TWI chart below. 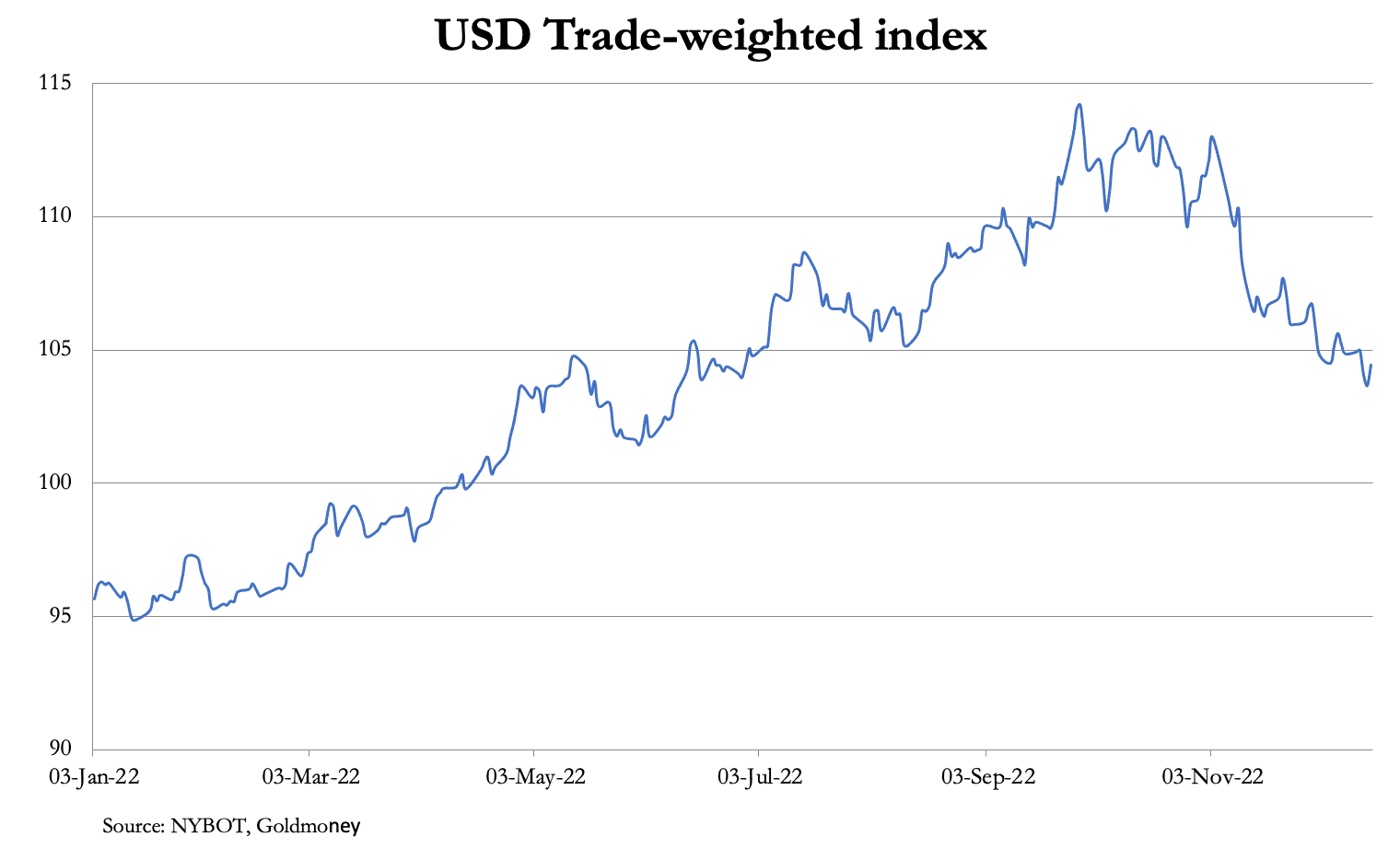 Having fallen substantially in Q3, the dollar’s TWI is ripe for a bullish reversal as profits are booked. Therefore, in very quiet, illiquid markets the bullion bank bears could easily bite back.

Buyers of physical bullion are likely to have a final opportunity to acquire some additional stock. And the set-up for next year will become more positive as a result.