Base metals have perked up this week, which on top of earlier rises places copper up 5% in the last thirty days. Lead is up 10%, zinc is up 5% in the last month and nickel is up 40% in the last six months. These performances appear to be underwriting silver prices relative to gold. 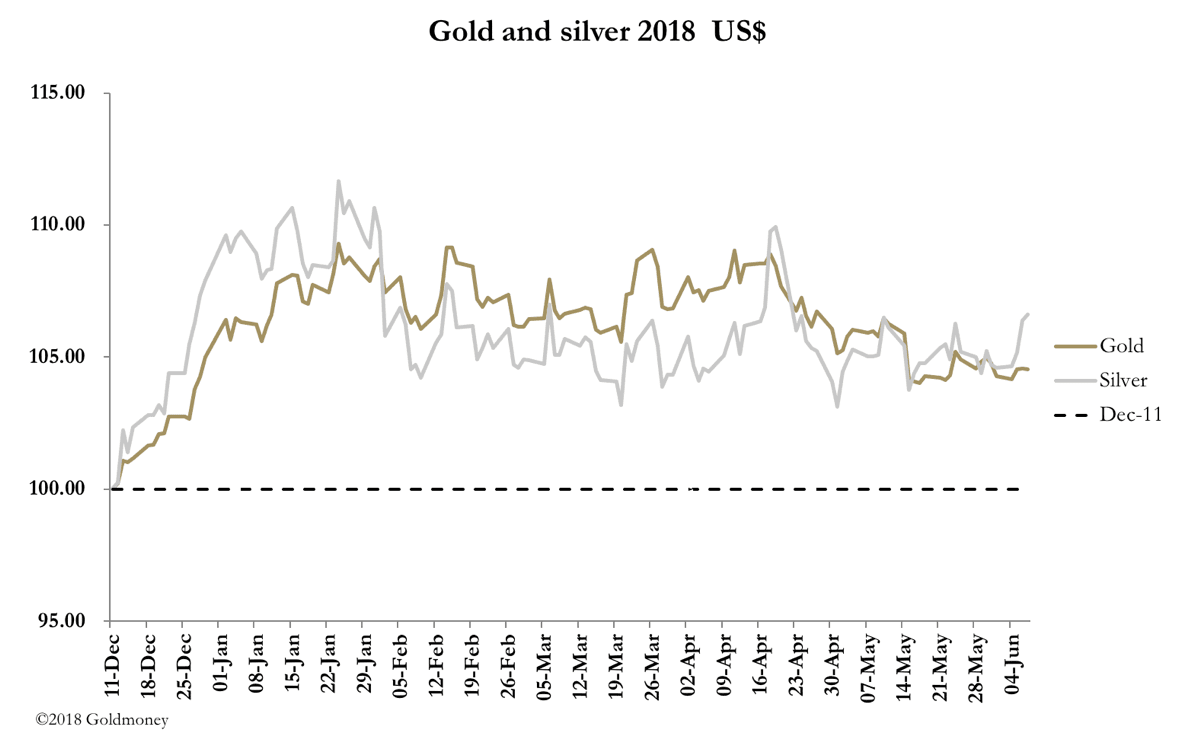 Since last Friday’s close, gold is up $4 on the week at $1298 in European trade this morning. Silver is up 24 cents over the same timescale at $16.67, but at one point yesterday traded up to $16.90 before the algos reined it back.

Silver’s improvement is reflected in our headline chart above, having risen by 6.6% since the December 2017 low against gold’s rise of only 4.5%. In relative terms this is still an underperformance for silver, which as a rule of thumb could be expected to have risen by nearly twice as much as gold. This hasn’t happened, but better prospects for silver can be seen in the next chart, of the gold/silver ratio. 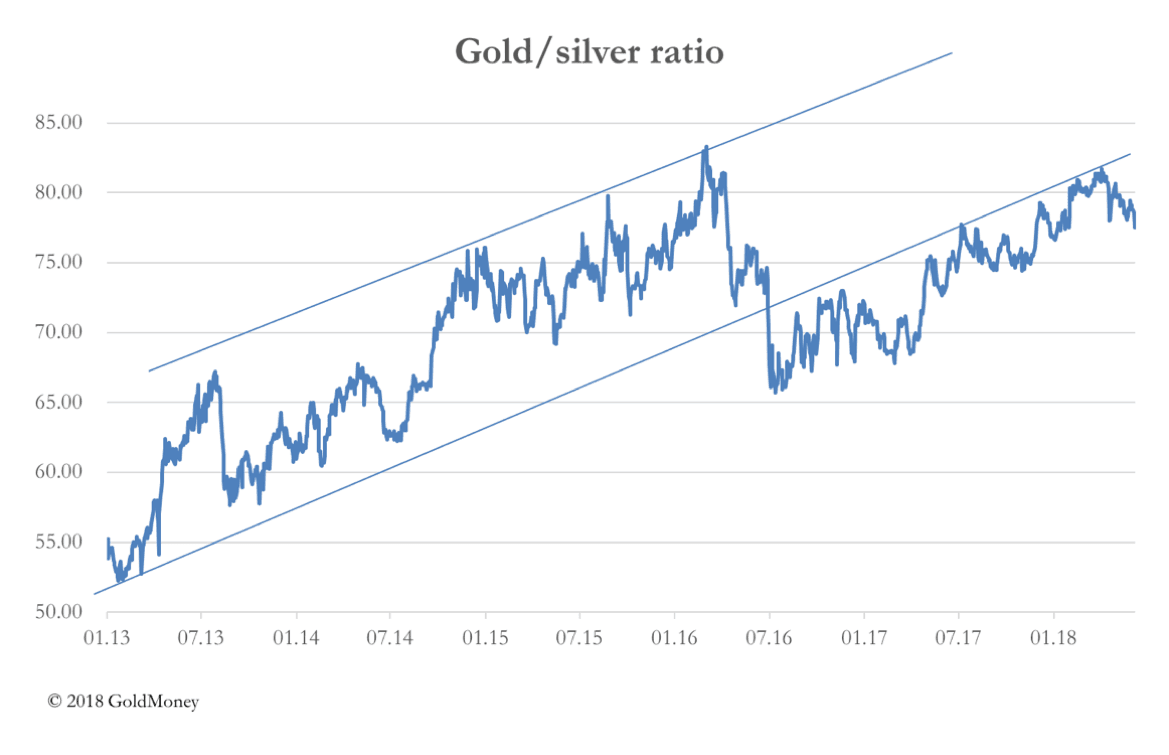 The ratio’s peak coincided with the end of the gold and silver bear markets in December 2015, as one would expect given silver is nearly twice as volatile as gold. It then fell as silver rallied from $13.75 to $21 in mid-2016, while gold recovered from $1050 to $1375. Since then silver has underperformed, taking the ratio back to over 80, but failing to break the previous high at 83 and having turned down under the previous bear market channel, represented by the two parallel lines.

Comex futures are a Janus so far as silver is concerned. Establishment players in the bullion banks treat it as a poor man’s gold, while new commercial uses for it arise all the time. Even without a monetary role, which let’s face it officially ended in the late nineteenth century, the price appears suppressed.

It is becoming clear that the commodity cycle is now firmly bullish, with energy and the raw materials for production rising in price. The other side of this coin is falling purchasing power for fiat currencies, and we are certainly seeing this dramatically in the weaker ones, such as the Turkish lira and Indonesian rupiah. But in the majors, the dollar’s trade weighted index appears to be topping out after an impressive rally, driven by a decline in the euro. However, with the Italian political scare beginning to be seen as toothless, perhaps the euro is due for a better run, weakening the dollar. One thing is certain, and that is Eurozone interest rates and bond yields are badly mispriced, given the state of the Eurozone’s improved economy. The ECB is bound to begin to correct that, starting with a withdrawal of all bond purchases.

The ECB really has no choice. If it fails to act the markets will take charge, potentially dramatically. A strengthening euro will weaken the dollar as its main counterpart, lending further support to both precious and base metals.