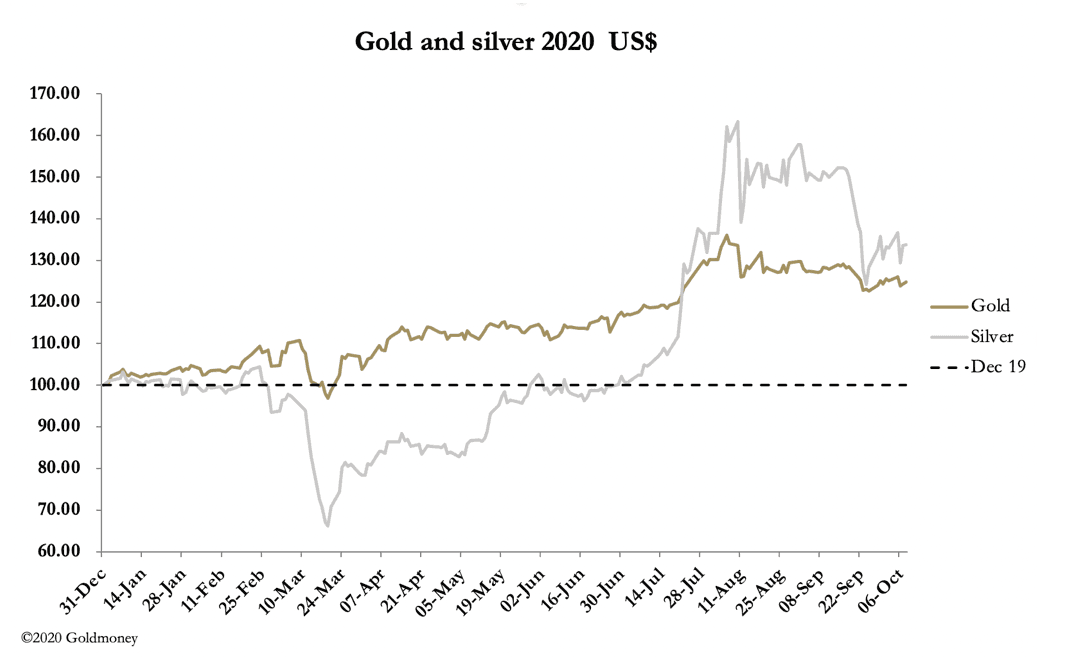 Gold and silver continue to consolidate in a narrow range this week, with gold up $16 on balance at $1914 in morning London trade, and silver up 26 cents at $24.27 in the same timeframe. Comex volumes were light to moderate.

In the non-active October gold Comex contract, longs totalling 25,165 contracts have been delivered with a further 7,423 to go. Assuming the rest are delivered, it amounts to over 101 tonnes. For the bullion banks, having Comex speculators standing for delivery especially in the non-active months is unwelcome. They will be eyeing December, the next active contract which expires in only seven weeks’ time, with trepidation. For the fact is that while the bullion banks can print paper gold as much as they wish, the physical that underpins all this paper is increasingly scarce.

Furthermore, scraping out the far corners of vaults to find any unclaimed gold to deliver against futures contracts is not the point. Demand for physical is being driven by a rapidly deteriorating global economic outlook, as a second coronavirus wave forces a new round of business closures and lockdowns. Gone is all the hype about a V-shaped recovery, only to be replaced by plans to throw yet more inflated money at an escalating problem.

Michael Kiley, a senior economist at the Fed, estimates that a further $3.5 trillion of QE is needed to change a U-shaped recovery (a new soft term for the emerging disaster) back into a V-shaped recovery. To put it in perspective, that is a further 63% increase on M1 narrow money, on top of a similar annualised increase since 23 March so far. Clearly, the Fed is now firmly committed to a policy of hyperinflating the money supply.

This raises a massive issue for foreign holders of dollars, and particularly central banks with dollars as the core of their reserves. It is not hard to imagine internal policy committees deciding that the prudent course is to add to their gold reserves, and this is what the Reserve Bank of India has decided to do. According to the World Gold Council, India’s Reserve Bank has added 33.2 tonnes between February and August, coinciding with the Fed’s post-March stimulus policy.

Other central banks in Asia and elsewhere face the same problem. Furthermore, the WGC reports that private sector demand in India is picking up while retail demand is weakening, telling us that wealthy Indians are now accumulating gold. That confirms what we see on Comex. The wealthy and family offices, “old” money, does not like what it sees and are moving away from fiat into physical gold.

This development has caught paper gold markets on the hop, with their ringmasters desperately short with diminishing physical supply. The hedge funds are no longer there as cannon fodder for profitable spoofing operations. The chart below shows how the Other Reportable category, where the big private money resides, just keeps on buying the dips. 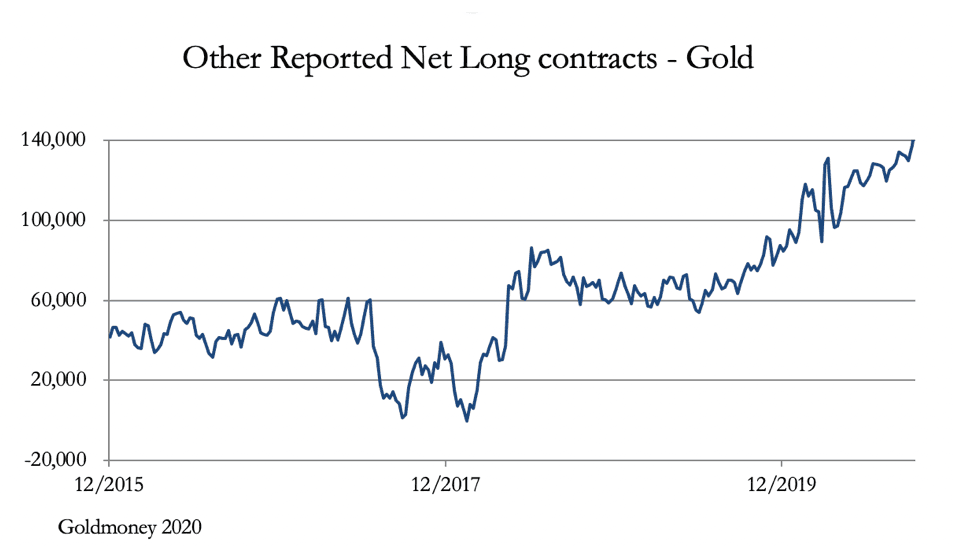 The bullion banks, already short an average of $1.3bn dollars’ worth of gold futures each, should be fearful of the December expiry at the end of November, and its consequences for them. An inflection point beckons.