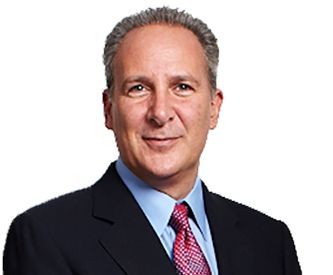 Peter is a notable economic forecaster and investment advisor who is best known for accurately forecasting the 2008 financial crisis. After starting his investment career at Shearson Lehman Brothers in the early 1990s, Peter went on to cofound Euro Pacific Capital Inc., where he currently serves as CEO and Chief Global Strategist, before founding Schiff Gold in 2010.

Peter is Chairman of Schiff Gold and serves as an investor and advisor at Goldmoney. He is a well-respected author and blogger, as well as a highly sought-after speaker and analyst with deep knowledge of economic theory and international investing expertise. He has appeared on CNBC, Fox Business, BBC, Bloomberg Asia, and BNN, and his economic commentary has been published in and quoted by several major publications, including: The Wall Street Journal, The New York Times, the Financial Times, and Barron’s.