GoldMoney has seen net buying of gold since the price dropped below the psychologically-significant $1,200 mark in the last seven days.

Investors have also shown more interest in platinum and palladium in the last week, but there has been less interest in silver. GoldMoney has also seen significant activity in vaults in Canada and Switzerland, bucking the recent trends that have seen most buying and selling orders involving Asian vaults.

Gold Sales
There was a surge in interest last Friday after better-than-expected US employment figures drove investors back in the direction of gold. That data has also heightened interest about the key meeting by the US Federal Open Market Committee (FOMC) next Wednesday. Once again it has led to speculation about the question of whether an interest rate rise is due and when it is going to happen. 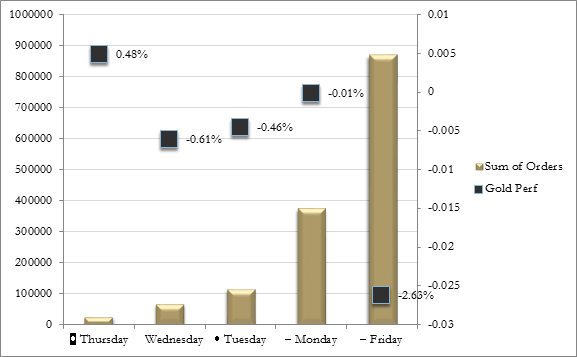 Outlook
GoldMoney dealing manager Kelly-Ann Kearsey said, 'Again, all eyes are on the US. The dollar is at its highest level since April 2003 against a basket of six major currencies, which supports a strengthening picture in the US.

'There has been speculation that higher US rates could dent demand for safe haven assets such as gold which are not interest-paying. However, with the FOMC coming up, if they do decide to hike interest rates, we could start to see gold used as a safe haven against inflation.